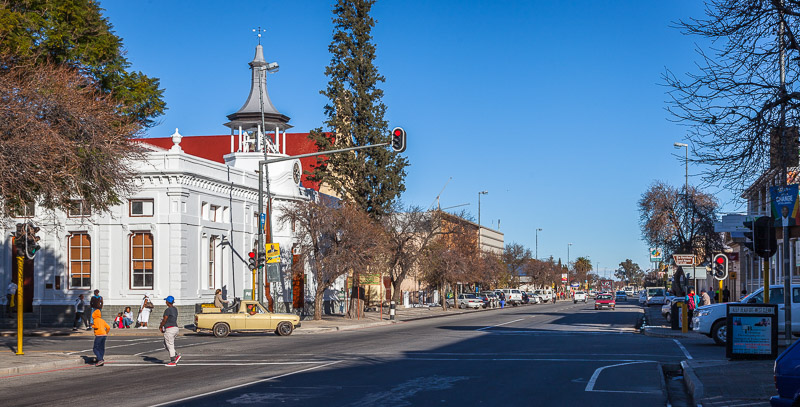 The town of Beaufort West was founded in 1818 and was the first town to be established in the central area of the Karoo. It is now sometimes referred to as the "Capital of the Karoo". For the first 50 or so years of its existence the town was known as Beaufort. It was renamed to Beaufort West to avoid confusion with Fort Beaufort and Port Beaufort.

The town has a pleasant climate and good weather all year round. The area is said to have the most beautiful blue skies in South Africa.

Beaufort West has an interesting museum complex comprising of three buildings. These building are the Sendingkerk, Stadthuis and Sendingpastorie. The Sendingkerk was built in 1871 and was used as a Dutch Reformed mission church. This building has a link to Professor Chris Barnard, who performed the worlds first heart transplant, as his father, Reverend Adam Barnard, preached there. Professor Barnard was born in the town. Another major tourist attraction is the Karoo National Park which is located nearby.

A lot of sheep farming takes place in the surrounding area. The Beaufort West mine is located on a large reserve of uranium. 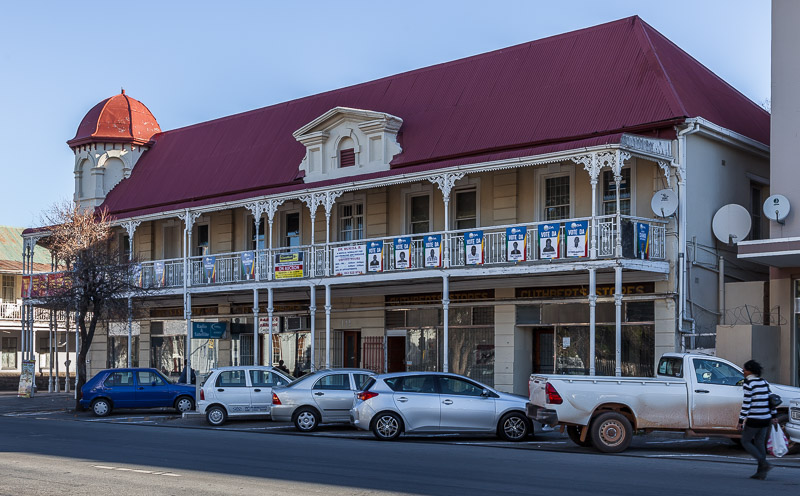 Above - Shop in Beaufort West 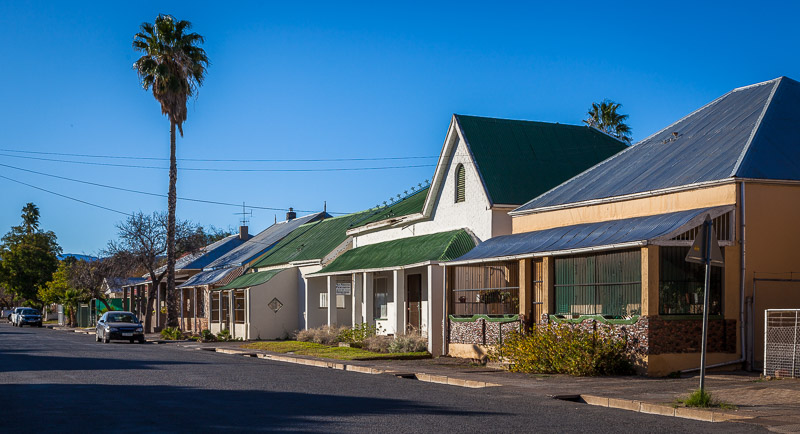 Above - Houses in Beaufort West 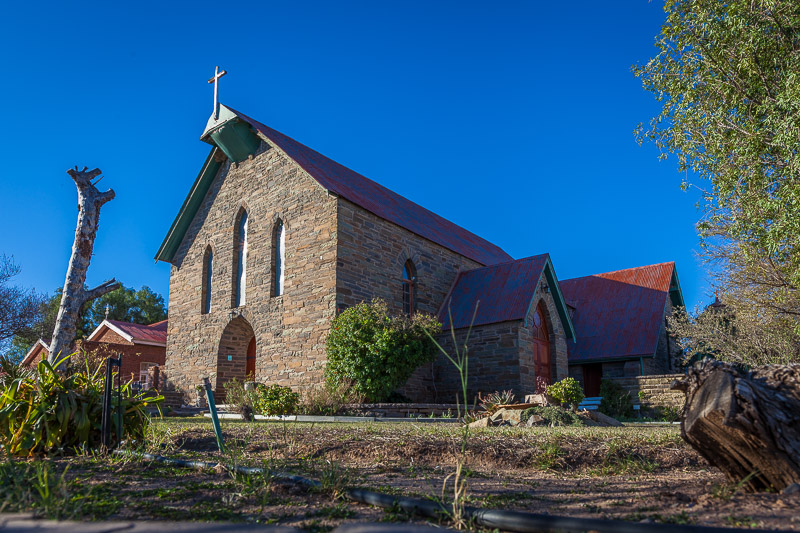 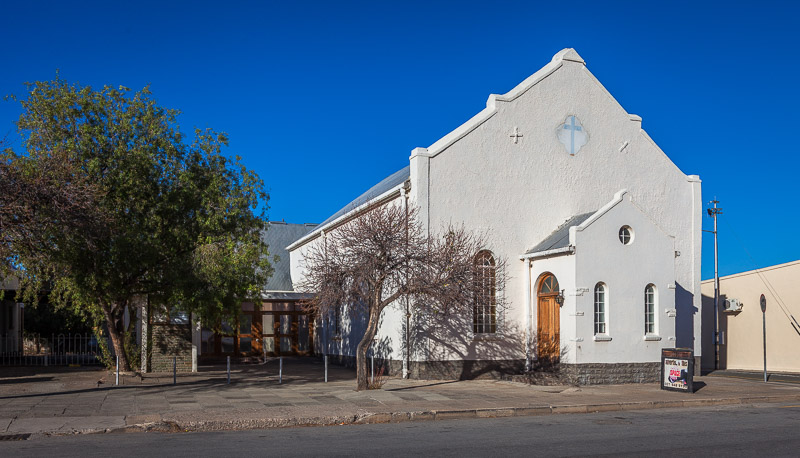 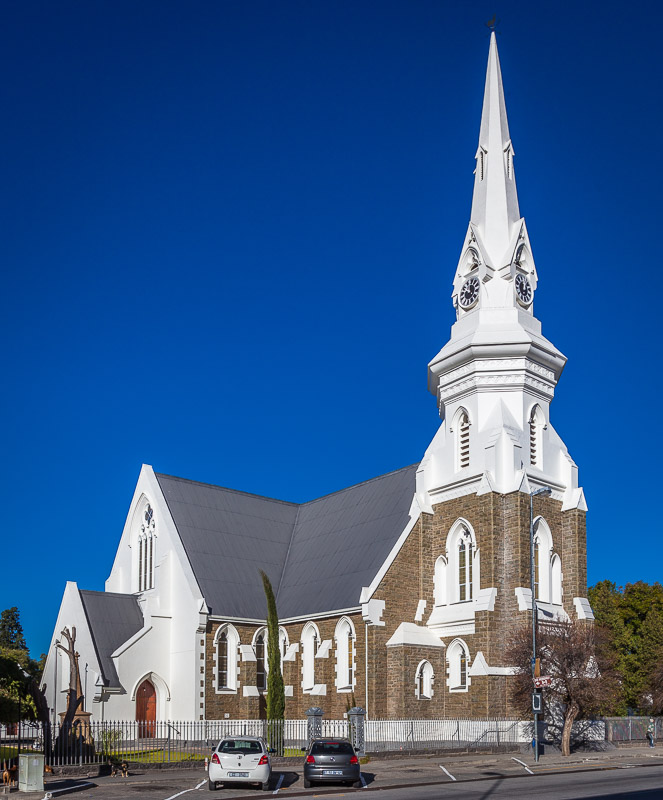 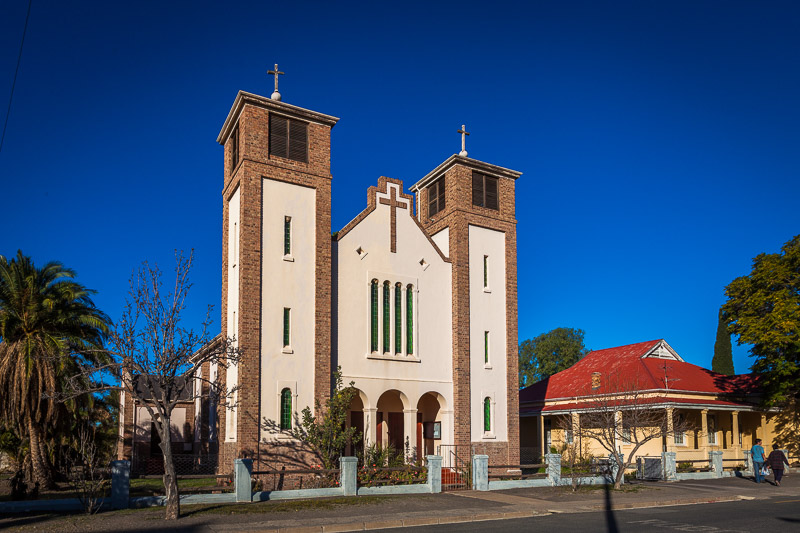