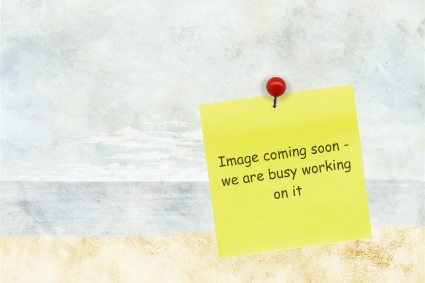 Located in the Northern Cape province, along the banks of the Orange River is the small border town known as Vioolsdrif. This town lies in the north-western part of Namaqualand and bridges the border between South Africa and Namibia.

The town is rumoured to have gotten its name after a man named Jan Viool. He was known for playing the violin on the banks of the Orange River and assisting ox-wagons as they made a crossing at the shallowest part of the waterway. When translated from Afrikaans, ‘viool’ refers to a violin and ‘drif’ is the lowest part of the river.

The town is made up of farmlands due to a number of pockets of fertile soil, however the surrounding areas are mainly uninhabited. The main crops grown in Vioolsdrif are grapes, a variety of vegetables, melons, dates, and lucerne.

Vioolsdrif is a popular stopover town due to its proximity to Namibia. Travelling to Namibia used to be quite difficult, but in 1956, the bridge was built across the Orange River. This now allows travellers to travel across the border with ease via the N7.

Vioolsdrif does not have much to offer in terms of commercial activities, however, it is a great place for people looking for a retreat from city life. The area has a few different campsites and lodges for visitors to choose from.

The main attraction in Vioolsdrif is the Orange River as it is one of the best places in South Africa to go river-rafting. The area is also the perfect hiking or cross-country cycling. There are a number of trails to choose from and they vary in terms of difficulty. If you are looking for something a little more laid-back to do during your stay, you could head over to the Richtersveld National Park.

Richtersveld National Park is approximately 20 kilometres from the town, but it is known for its breath-taking scenery and for the wide variety of succulents that can be found there. One of the more unusual features of the park is the rock paintings that can be found. These petroglyphs are estimated to have been drawn 2000 years ago and contain images of various animals.

For those who are looking to travel to Richtersveld National Park, be warned. There is limited cellphone reception within the park and while it may seem close to various areas, this is deceiving. Due to the rough terrain, it may take longer than expected to reach your destination depending on the route you choose. The park is also home to a number of scorpions, so it is best to be vigilant when camping. 4x4 enthusiasts should mark the reserve on their bucket-list as it boasts 220km of 4x4 trails.

While making the trip to Vioolsdrif is worth it, there are a few things that travellers need to keep in mind, such as the fact that there is no petrol station within the town. If you need petrol or diesel, you need to make sure you have enough in your tank to make the trip to Noordoewer. There aren’t many shops to choose from, but you will still be able to get the essentials.

Be prepared for the weather in Vioolsdrif. It is one of the hottest places in South Africa and basically consists of two seasons. It is an extremely arid place as rainfall is almost non-existent.

During your stay, you will be able to see the amazing landscape that makes up Vioolsdrif. It has many hills and natural areas to explore. You will also notice the prominent mountain range, which is known as the Seven Sisters. The landscape here is any nature photographer’s dream.