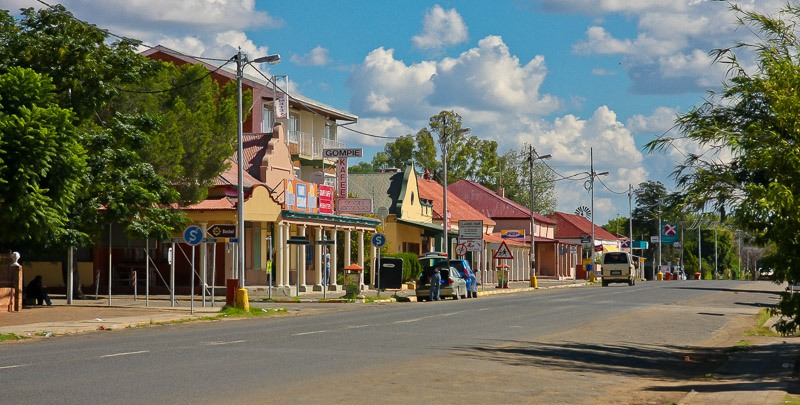 The town of Boshof was named after Jacobus Nicolaas Boshof who was the second president of the Orange Free State. The town was established in 1855 and became a municipality in 1872.

A number of battles in the Anglo-Boer War were fought in the area. One notable victim of these wars was the French Count Georges de Villebois-Mareuil. The Poplar Grove Battlefield site is nearby. It was here that the Boer General Christiaan de Wet ambushed the British forces that were heading towards Bloemfontein.

The town has an unusual connection with dancing! The Chris van Niekerk museum focuses on the history of "volkspele" which is Afrikaans for folk dancing. The Volkspele memorial is nearby.

There is a municipal nature reserve nearby where one can see Eland, Red Hartebeest, Springbok, Blesbok and Gemsbok. Montagu Private Nature Reserve is 30 km from the town. Another nearby private nature reserve is Wiets Safaris where a variety of game, including white Lions, can be seen. 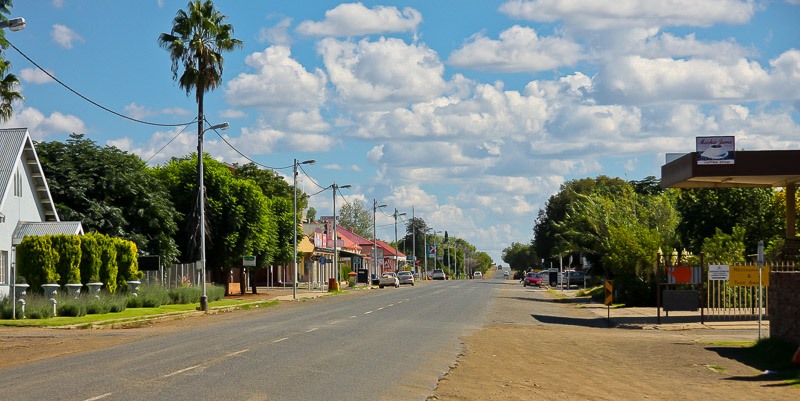 Above - Main street in Boshof heading towards Kimberley 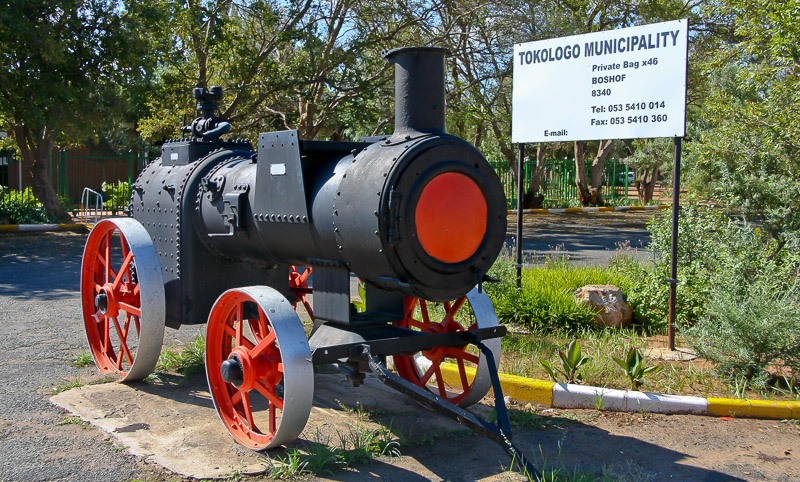 Above - Steam tractor standing in front of the Boshof Civic Buildings 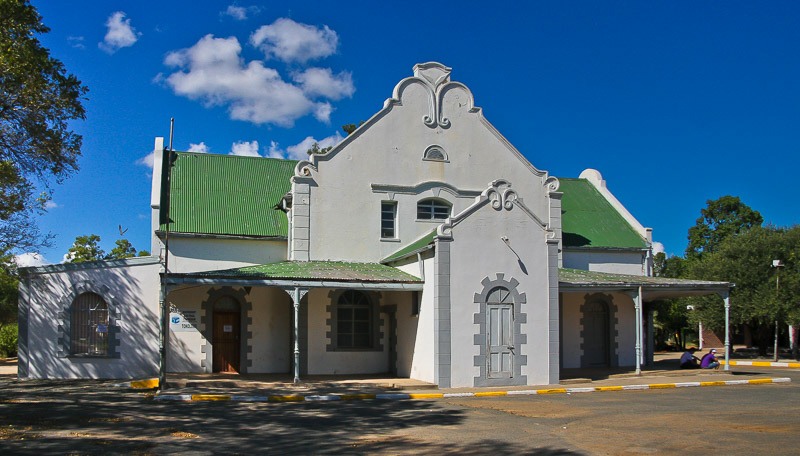 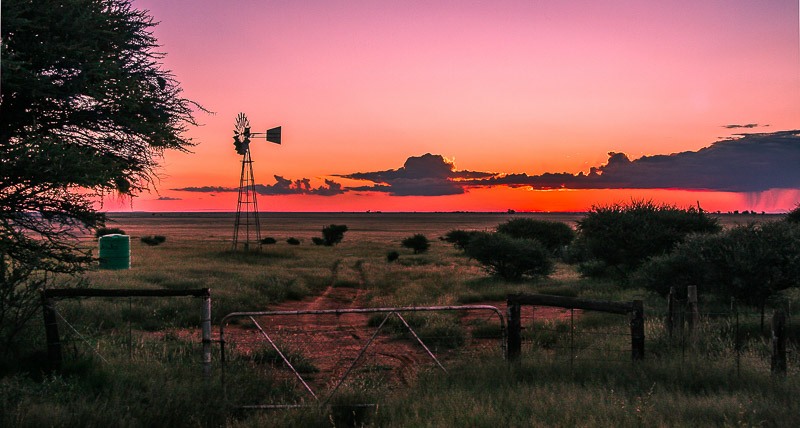