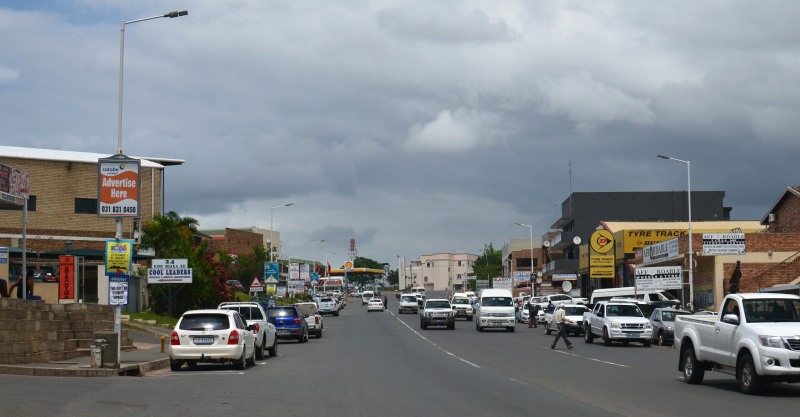 The bustling town of Stanger is nowadays referred to as KwaDukuza and is part of the KwaDukuza Local Municipality. The town was originally named Stanger in honour of the surveyor-general Dr. William Stanger. William Stanger was also a medical doctor, geologist and botanist who had travelled to many parts of the world. He was appointed as Surveyor-General of Natal in 1845. In 2006 the town was renamed to the Zulu name KwaDukuza. The name "KwaDukuza" means "Place of the lost person". Both names are still used on some signs and in some publications. In 1949 it became a municipality.

This town has historic significance as it was the site of King Shaka's assassination on, or around, 24 September 1828. On that fateful day Shaka was sitting on a rock when he was attacked from behind by his half-brothers Dingane and Mhlangana. You can see the rock and memorial to Shaka at the King Shaka Visitor Centre in KwaDukuza. The rock has been relocated a few metres from its original site and placed next to the memorial which stands on the spot where he died, from his injuries, and is buried. Shaka built a village on the site of present day KwaDukuza in 1820. This was burnt down after his death. Each year, on the 24th September, the importance of the Zulu nation is remembered in a colourful ceremony.

KwaDukuza is located in the middle of a vast sugarcane producing area. It is multi-cultural and is heavily influenced by the Zulu and Indian cultures. The influx on Indians to the area goes back to the days when Indian labourers were brought from India to work in sugar cane fields. Although the import of labourers from India stopped in 1911 many of those already in the country did not go back to their homeland and communities were established in a number of towns including KwaDukuza.

The small Dukuza Museum, opposite the King Shaka Visitor Centre, traces the history of the sugar cane industry, amongst other things. Today the nearby paper mill is also an important industry even though the town is still surrounded by vast fields of sugar cane.

KwaDukuza is only a few kilometres from the sea with Blythedale Beach being the nearest coastal town.

Above - View over KwaDukuza with the Indian Ocean in the distance 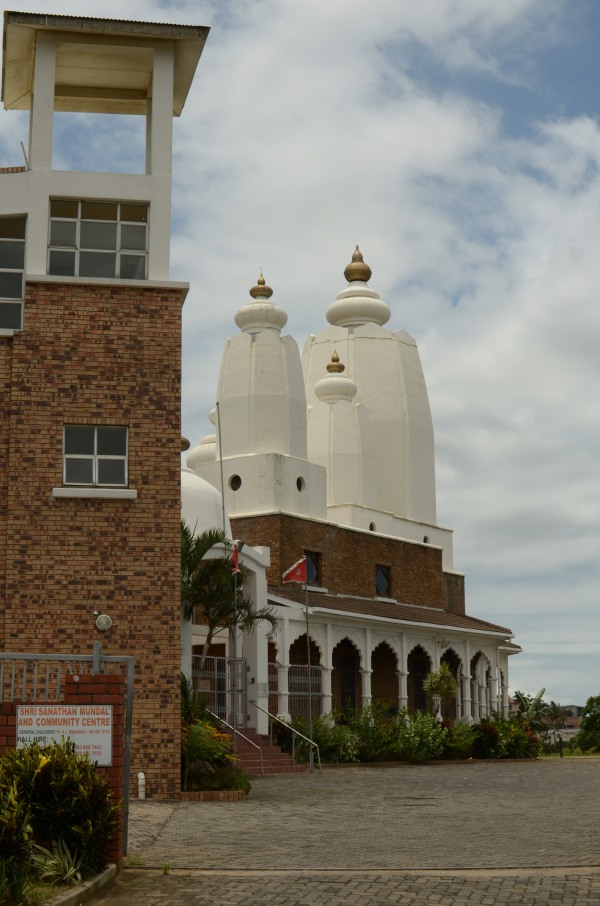 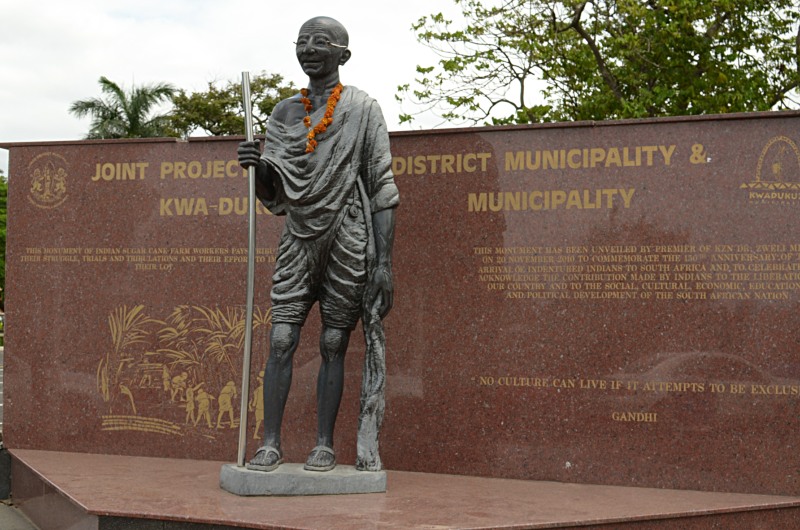 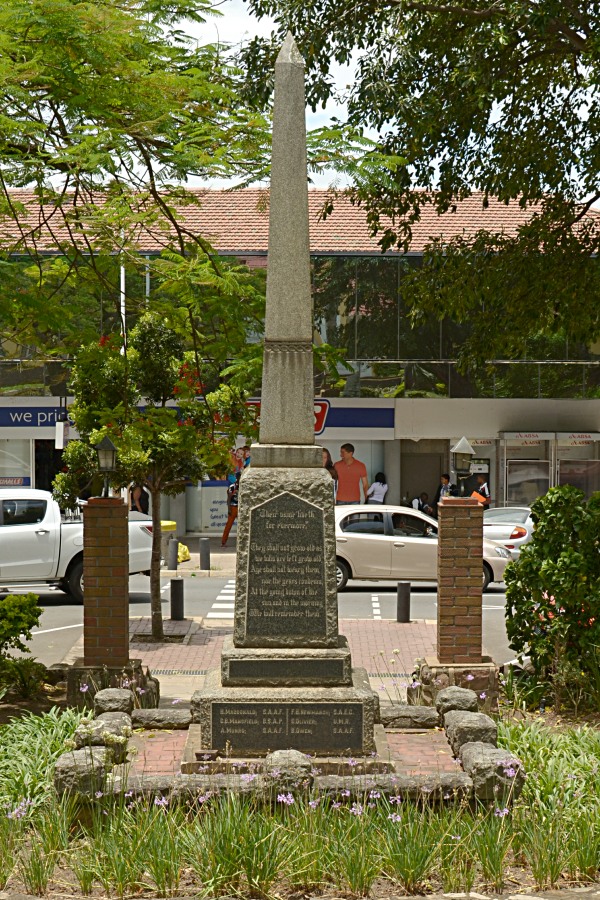 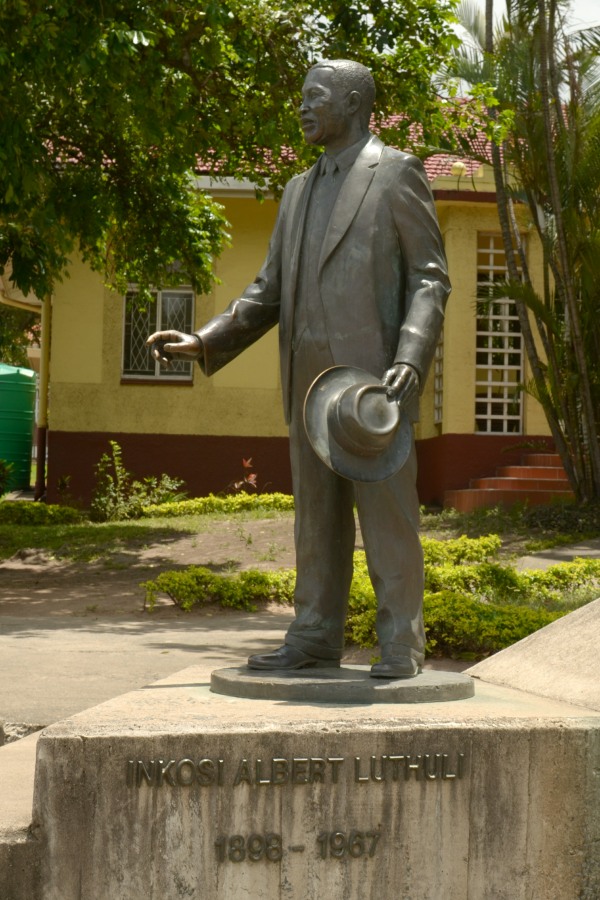 Above - Statue of Albert Luthuli who was an activist and politician who went on to win the Nobel Peace Prize. 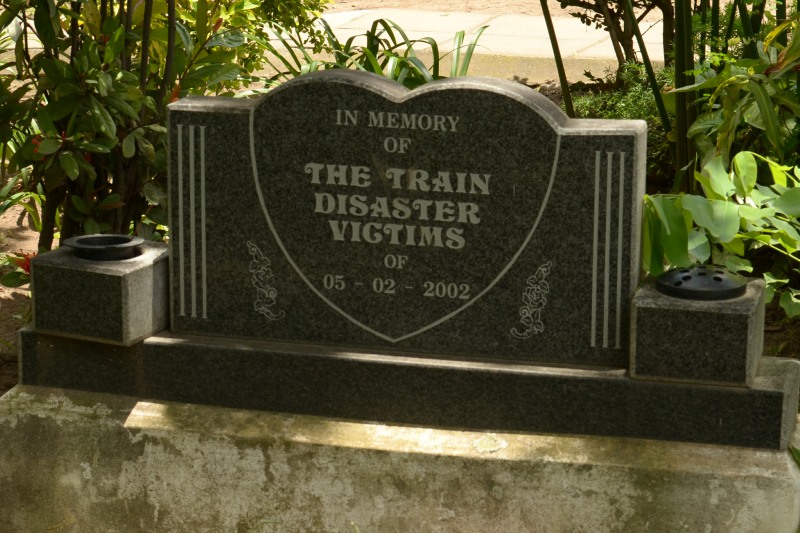 Above - Memorial to the 24 people, including 16 children, who lost their lives in a train crash on 5th February 2002.