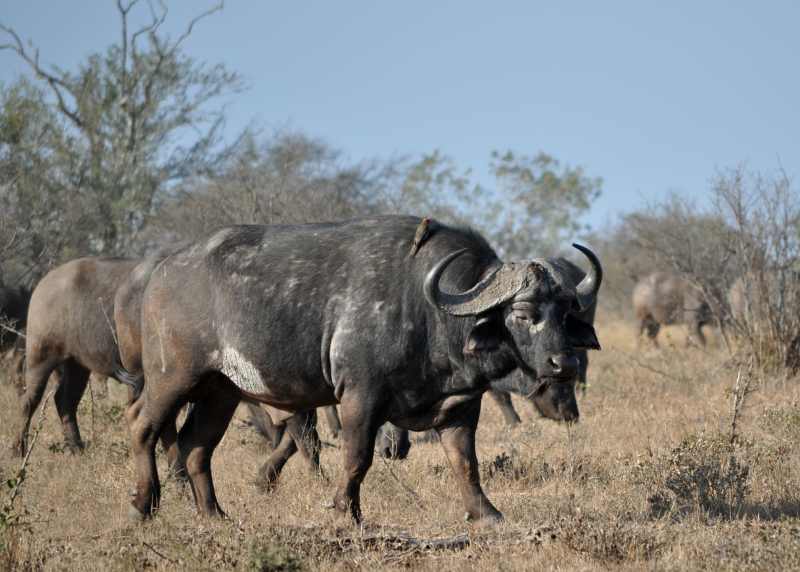 Standing up to 1.7 metres tall, over 3 metres in length, and weighing up to 900 kg, this is one large and potentially dangerous animal.

The Buffalo is one of the Big 5 mammal species along with the Lion, rhino, elephant and leopard.

In some game reserves, like Kruger National Park, you can find buffalo in huge herds numbering hundreds of individuals. Older bulls may be found singly in small groups. These older males have a reputation for being grumpy and can be a risk to humans.

Injured buffaloes, particularly ones that have been wounded by a hunter, are notoriously dangerous and may even ambush the hunter.

Buffalo live in a variety of habitats and feed off longer grasses. They need to get water each day and can often be seen near waterholes, rivers and dams.

The gestation period of a female buffalo is nearly twelve months. Although the bond between mother and calf is not that strong the herd will defend the young who may be predated on by Lions or hyenas. Nile Crocodiles may also attach a younger buffalo. 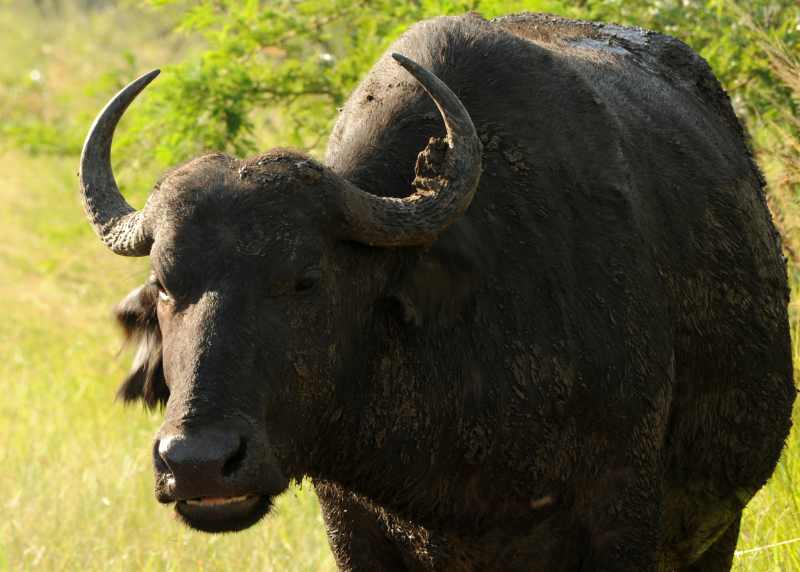 Above - Cape Buffalos and mud go together like waffles and cream. They were made for eachother. This little girl had just had a mud bath in Hluhluwe Game Reserve. 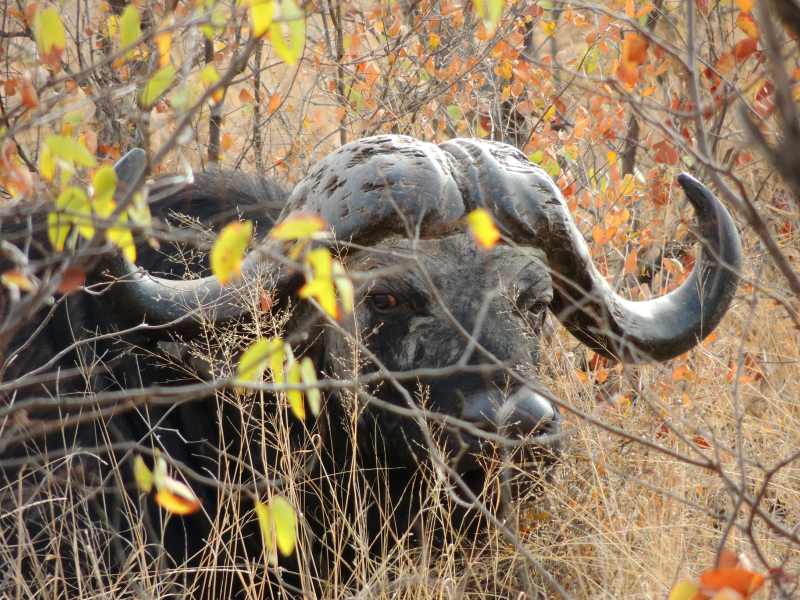 Above - Old male Cape Buffaloes often lead solitary lives and are not creatures that you want to cross paths with when out walking in the bush. This old bull looks really grumpy. 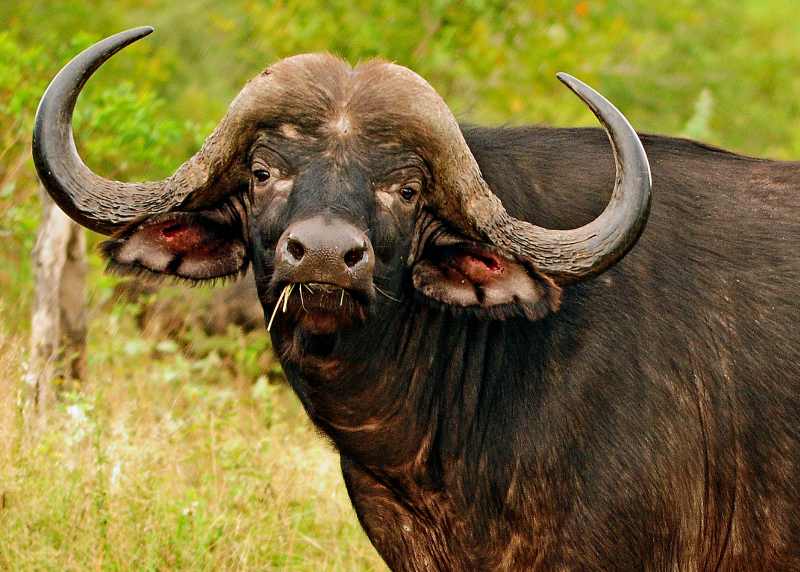 Above - This Cape Buffalo bull was part of a large herd. He looks like he has been through many adventures and could tell an interesting story or two!