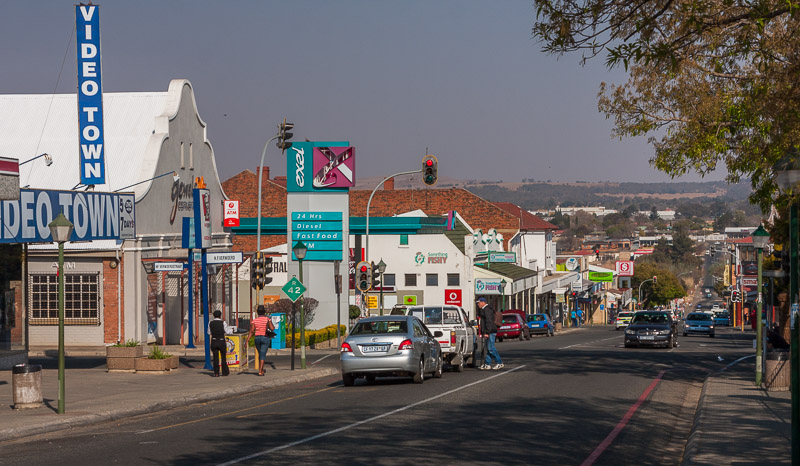 The small town of Heidelberg is located in the south of the Gauteng province. In its hay day during the Witwatersrand gold rush, Heidelberg was a lively town that proudly boasted more than 18 hotels and a constant flow of new visitors. Although the town is more laid back today, it is still a great retreat from the hustle and bustle of big city life.

Heidelberg originally started as just a local trading post founded by H. J. Uekermann. Uekermann built his shop at the junction of the major trade routes at the bottom of Suikerbosrand, which translates to ‘ridge of sugar bushes’. Uekermann later laid out plans to form a town around his store in 1865 and chose the name Heidelberg, after the German University he studied at.

During the Transvaal’s first war between the Boers and the British, Heidelberg became the seat of the provisional government. The triumvirate Transvaal leadership at the time was made up of Paul Kruger, Piet Joubert and M.W. Pretorius. The town hall was also the place where the peace treaty, which ended the war, was signed on 21 March 1881. There is a memorial, which has been erected outside the town hall, which is dedicated to the triumvirate.

One of Heidelberg’s most acclaimed resident is A.G. Visser. Visser was a poet and doctor who lived in Heidelberg from 1916 to his death in 1929. The AG Visser Huis, was built in 1820 and was where Visser lived, consulted with patient and wrote his poems. Visser, also known as ‘The Singer of Suikerbosrand’, had a crucial part in developing the Afrikaans language into what we know it as today. Visitors to Heidelberg are able to visit his home, which has been restored and they will also notice the impact he had on this small town. One of the local primary schools has been named in his honour.

If you are looking for a way to spend the entire day outdoors, then Suikerbosrand Nature Reserve is the answer! This reserve boasts over 200 different species of bird as well as a unique selection of animals such as the Brown Hyena, Zebra, Black Wildebeest and Red Hartebeest. This nature reserve is the place to go to see the iconic pink sugar bushes that give the reserve its name. There are activities for everybody interests, from mountain biking or hiking trails, to meandering roads perfect for road trips. You are also able to do overnight hikes or if you just want to take a break, there are gentle routes that still allow you to bask in the Highveld’s beauty.

Heidelberg boasts some unusual sites that make it worth visiting and doing some sight seeing. Now declared a national monument, the Dutch Reformed Church is one of such sites. The church is more commonly known as "Die Klipkerk’ (the Stone Church) looms over the town and is made from sandstone, which gives it its name. Another peculiar site is the cemetery. Visitors can find the graves of A.G. Visser here as well as Count Heinrich von Zeppelin. Zeppelin was the uncle of the inventor of the infamous aircraft and he fought for the Boers in the Anglo-Boer War where he tragically died.

What was once Heidelberg’s premier railway station has now been renovated and transformed into The Transport Museum. The railway station is made from sandstone and was opened in 1895. The station opened after the railway from Natal to Johannesburg was completed. Today, the museum houses an impressive and diverse collection of cars, bicycles, locomotives and coaches and is one of the leading museums of its type in the country. 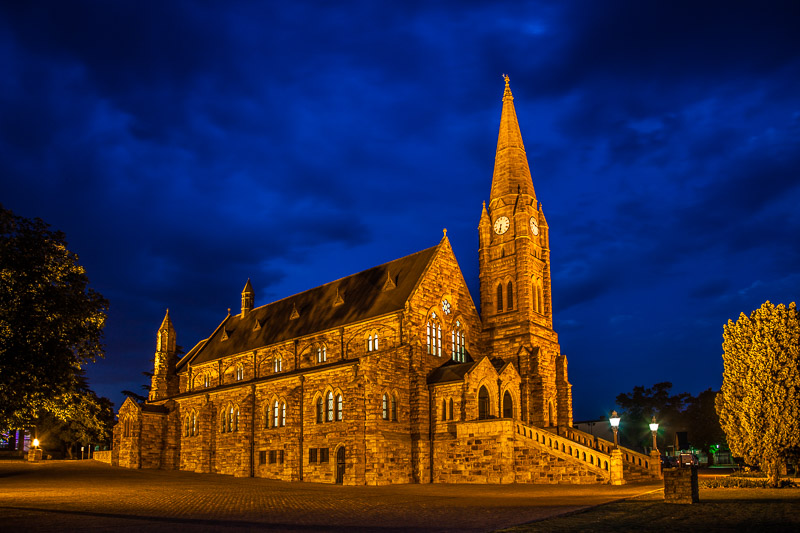 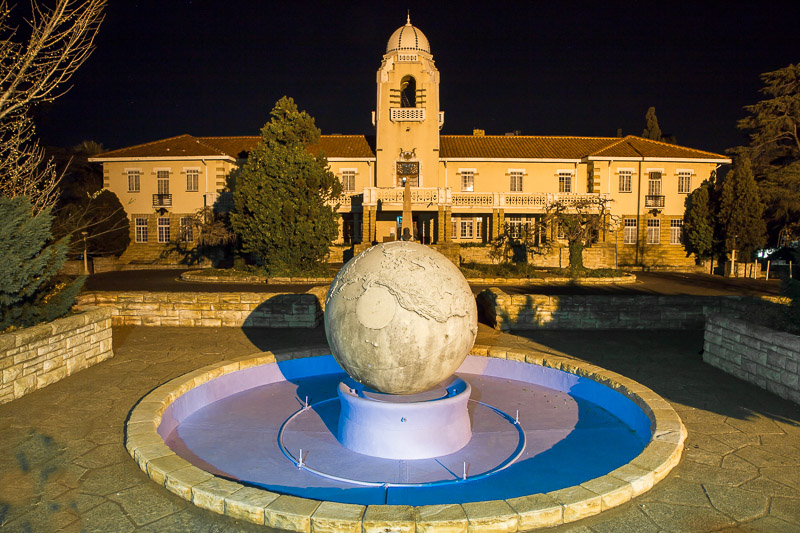 Town Hall at night under spotlights 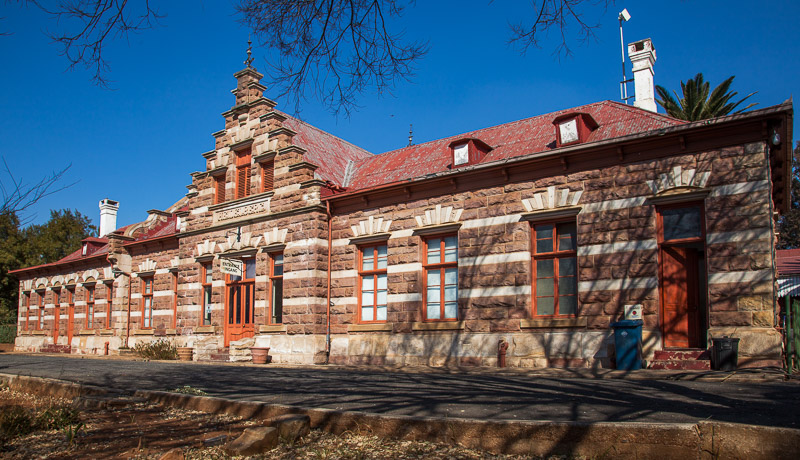 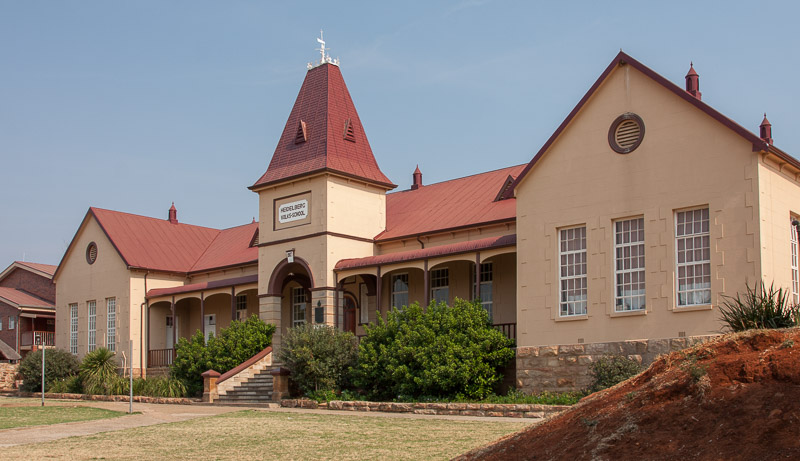 The original "Die Volkskool" building, part of the primary school in Heidelberg 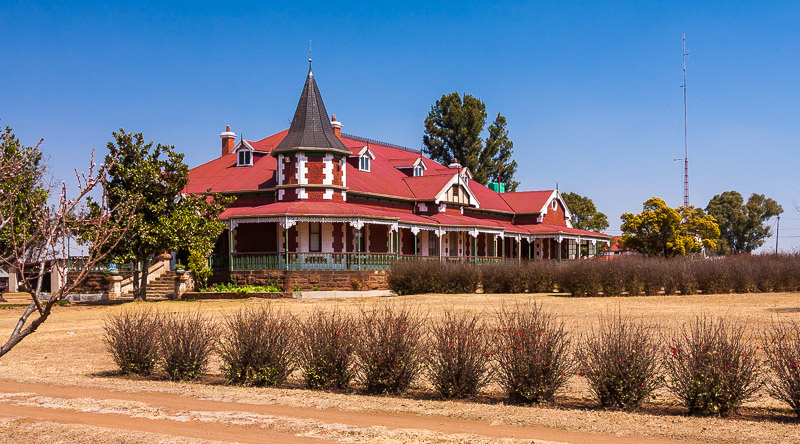 On part of the farm Boschfontein, just outside Heidelberg, stands a house known as De Rust. 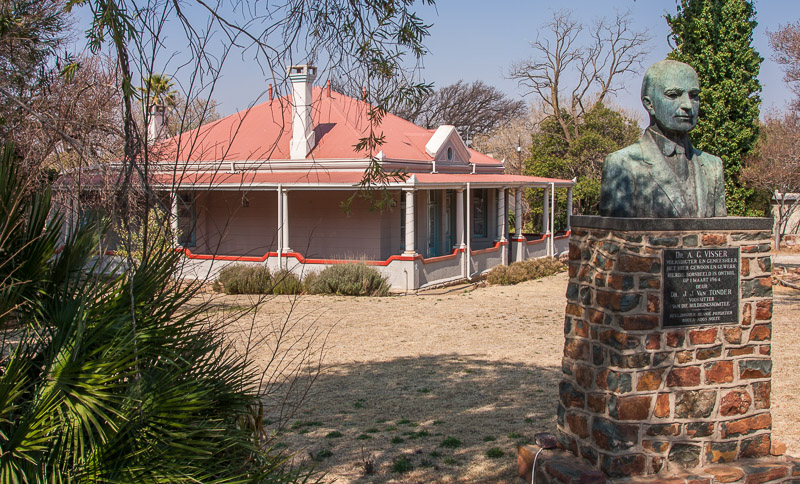