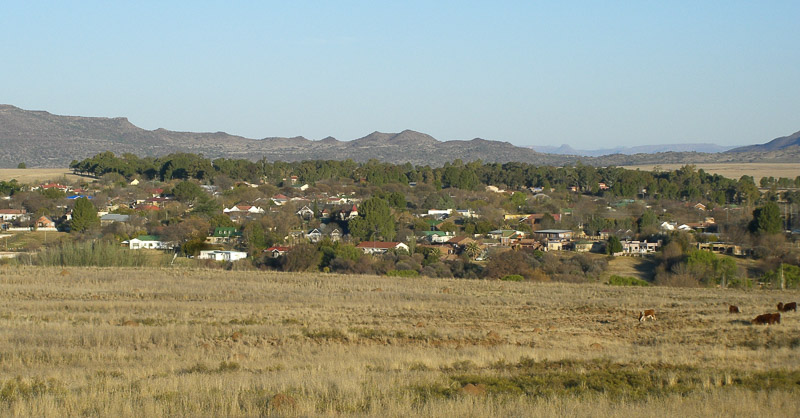 Aliwal North seen from the north

Strangely the town of Aliwal North gets the first part of its name from a battle that took place in India in 1846 where Sir Harry Smith defeated the Sikhs at the Battle of Aliwal. Sir Harry later became Governer of the Cape Colony and was influential in extending the colony to the site where the town now stands.

One of the most well-known features of Aliwal North are its hot springs which supply 3 million litres of water a day.

There are a number of historic buildings, dating back to the 1800's, in the town including the De Wet Museum, Market Hall and British blockhouses built during the Anglo-Boer war.

Aliwal North was the site of a concentration camp during the Anglo-Boer war and there is a memorial to the 720 women and children who died in the camp.

The Buffelspruit Nature Reserve is near the town. Here one can see a variety of game including Springbok, Impala, Red Hartebeest, Eland, Gemsbok and Zebra.

Aliwal North is located on the Orange River at a place that has been used as a crossing point for hundreds of years. 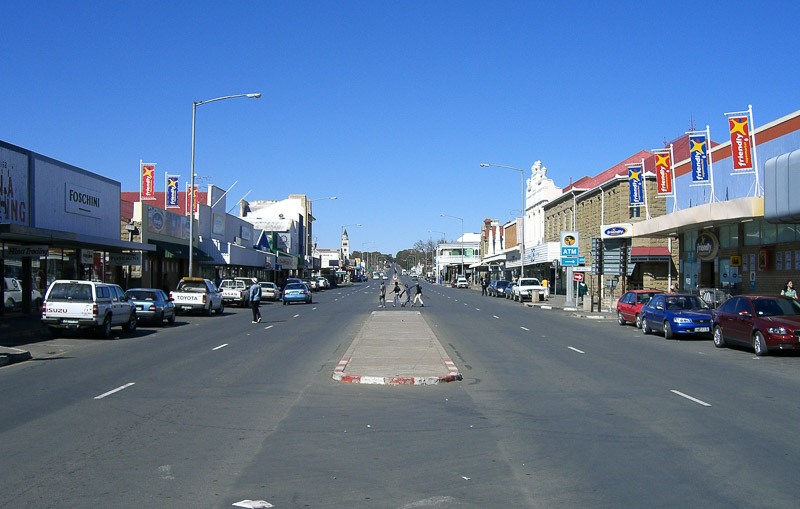 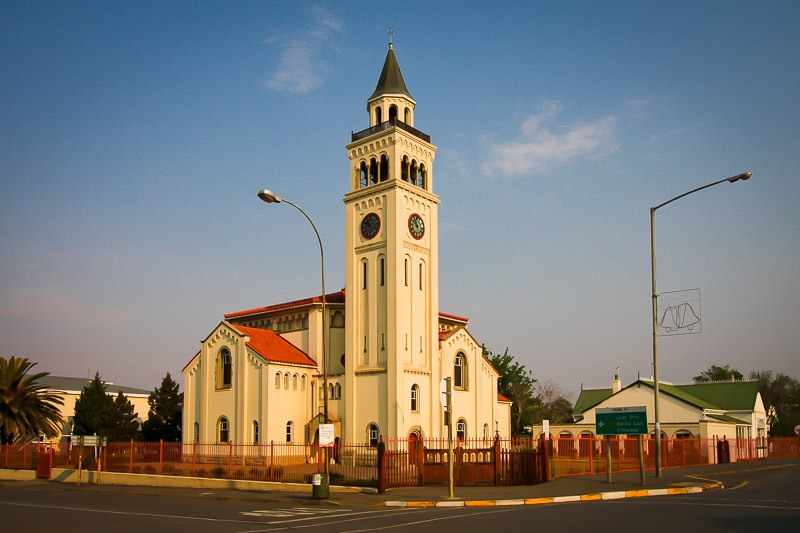 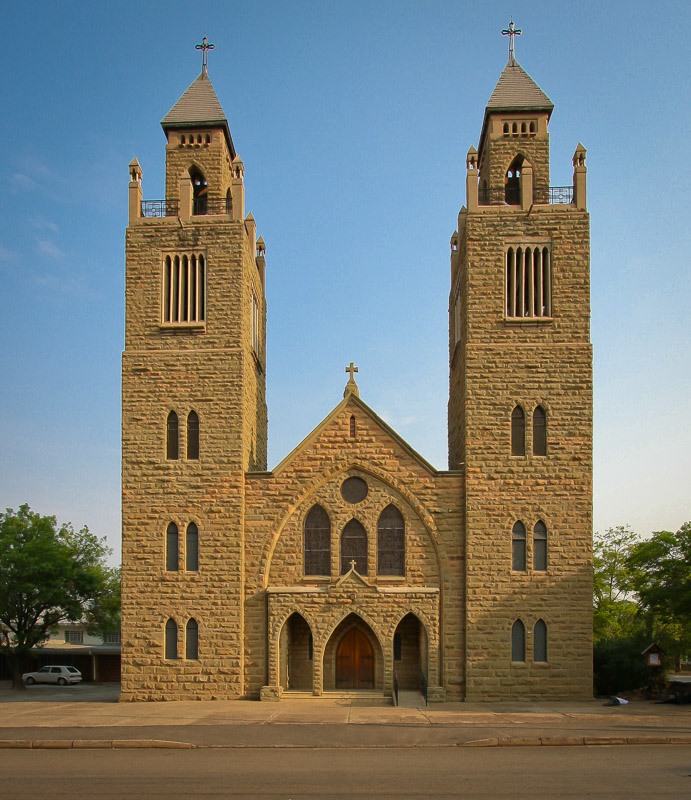 Above - The Catholic Church in Aliwal North