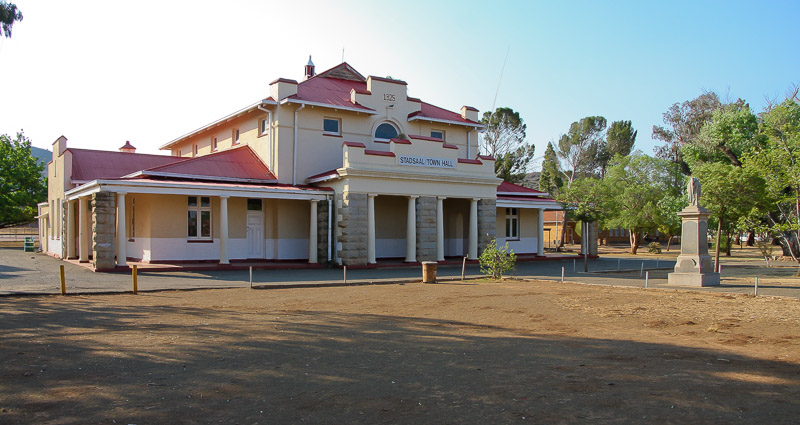 Smithfield is a small town situated in the southern area of Free State province. It was founded in 1848 which makes it the 3rd oldest town in the Free State.

The original settlement site, in 1848, proved to be unpopular with would be farmers as there was little water. So a new site, some 24 km away, was selected and the town was called New Smithfield. The town, however, was referred to as Smithfield and the 'New' was dropped. The town experiences hot summers and cold winters.

Smithfield was the centre of many international newspaper's attention in 1963 when Prime Minister Verwoerd announced in Smithfield that "South Africa is destined to be the country that will provide Whites all over the world with a new source of inspiration".

The town is situated amongst some hills about 13 km from the Caledon River and 130 km from Bloemfontein.

Smithfield is surrounded by cattle and sheep farms. The sheep are raised for their wool as well as for sheep-milk cheese and yoghurt.

The town square is named Juana Square. She was the Spanish wife of Sir Harry Smith, after whom the town was named.

There is a golf course nearby and one can also go mountain-biking, hiking or horse-riding in the hills around the town. Over 270 species of birds have been recorded in the area. 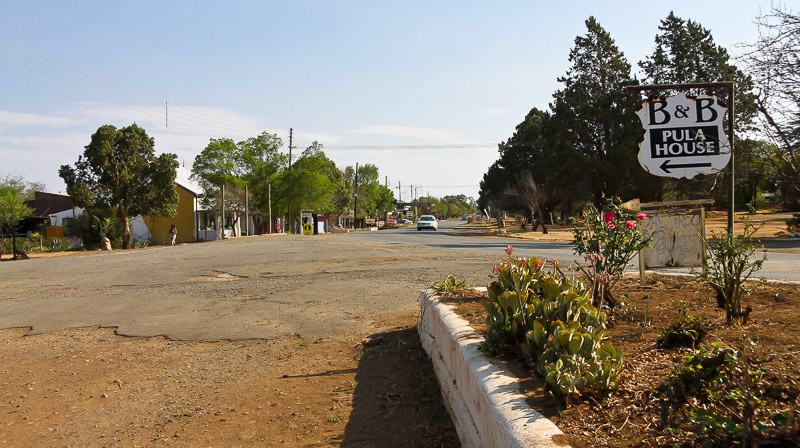 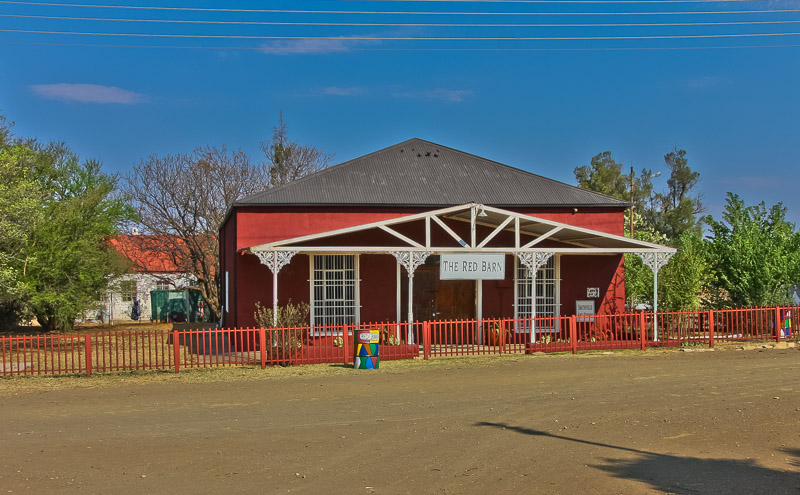 Above - Shop in Smithfield 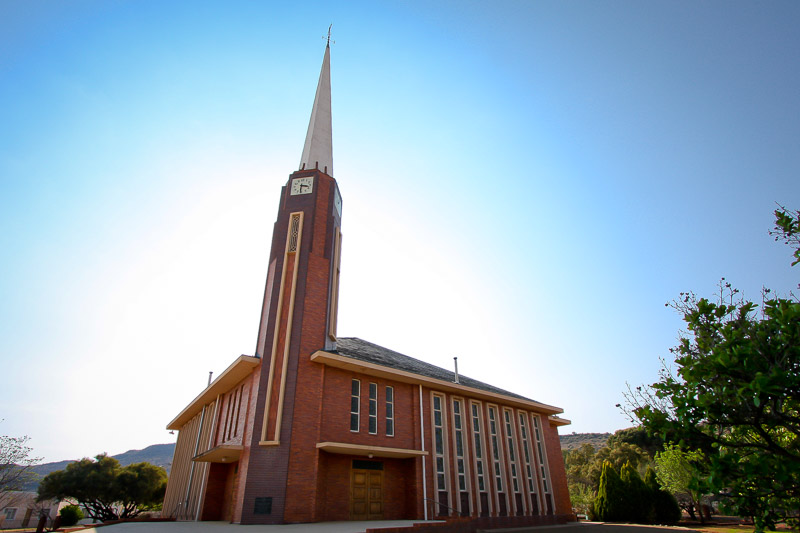 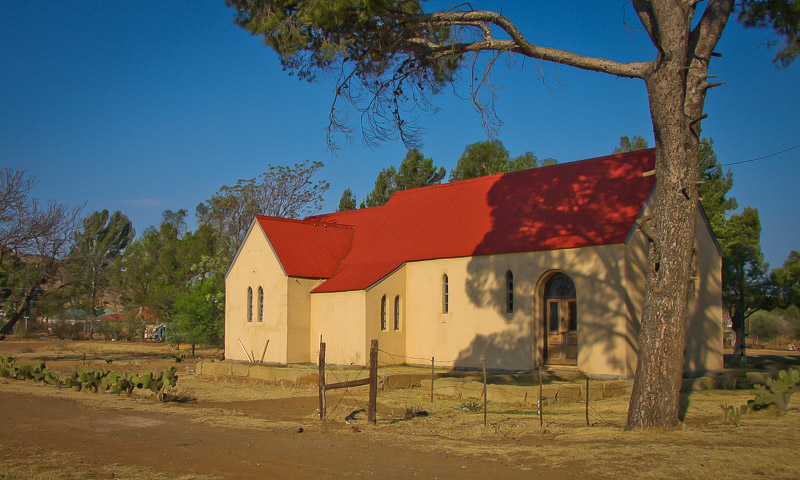 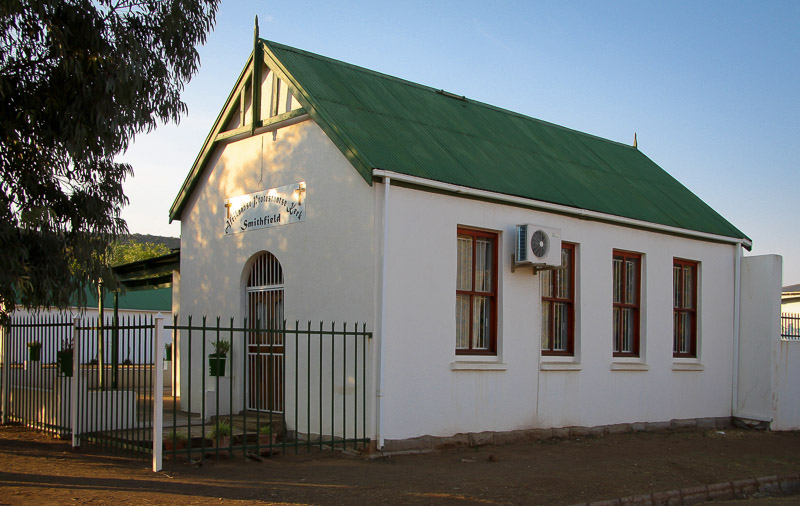 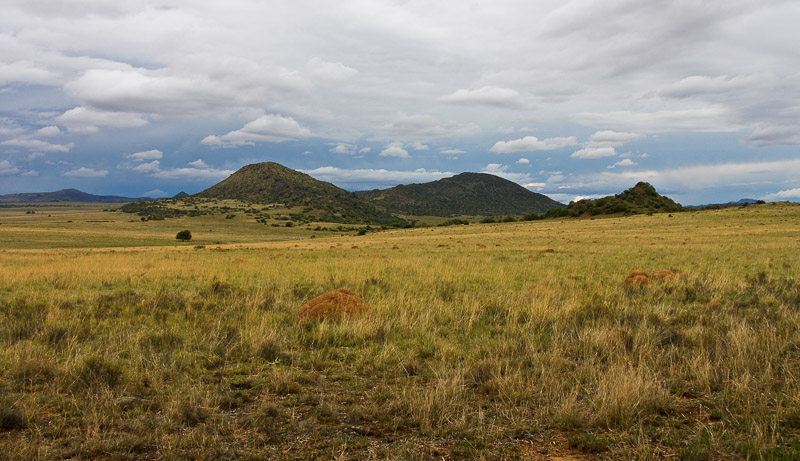 Above - Scenery in the Smithfield area