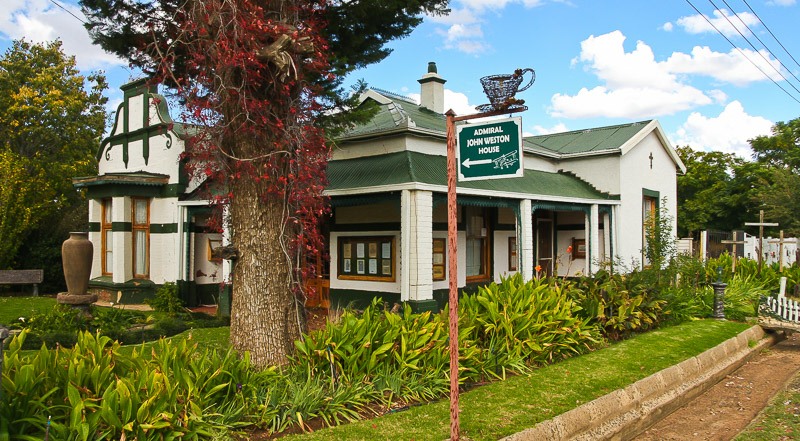 John Weston is known as a pioneer of aviation in South Africa. Weston was born in an ox wagon in northern KwaZulu-Natal in 1873.

He travelled widely around the world including countries such as England, France, USA, China and Russia. He had a passion for aeronautical engineering and earned licenses to fly aeroplanes, airships and balloons.

Weston and his family travelled widely in a home-made motor home that gave them 7 x 14 feet of living space. This early RV, named "Suid Africa", was used to explore between England and Greece and much of Southern Africa. The "Suid Africa" is housed at the Winterton Museum.

John Weston stayed in Brandfort between 1911 and 1913 during which time he finished building his aeroplane which could at a height of 230 metres and a speed of 50 km/h. His plane was destroyed by a dust storm in front of a large crowd that had gathered to see a flying demonstration. Weston's house in Brandfort has been preserved as a memorial to his achievements. It is going to be declared a National Heritage Site and will be opened to the public as a museum. 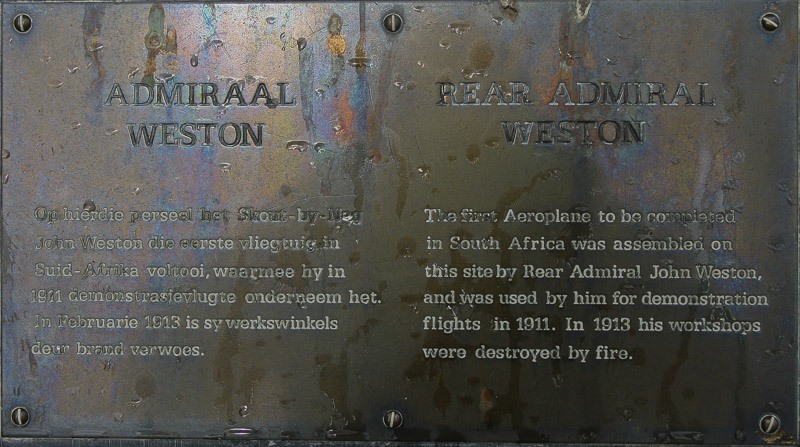 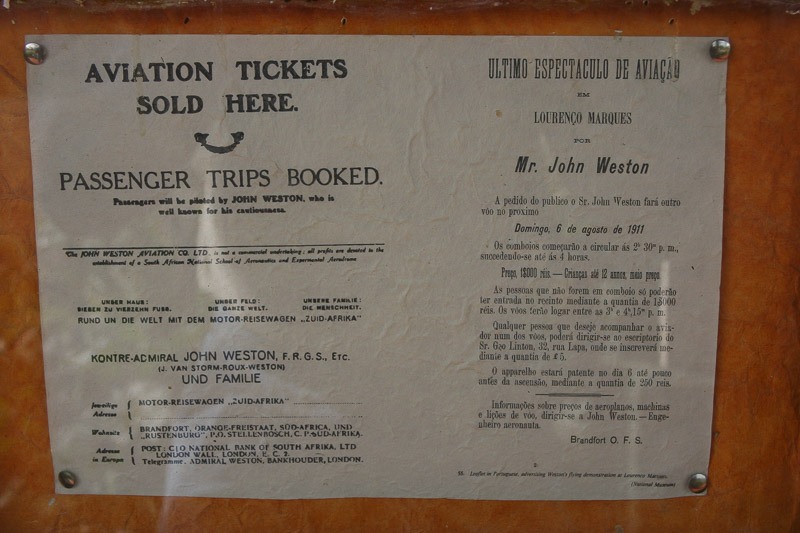 Notice advertising flights to the public 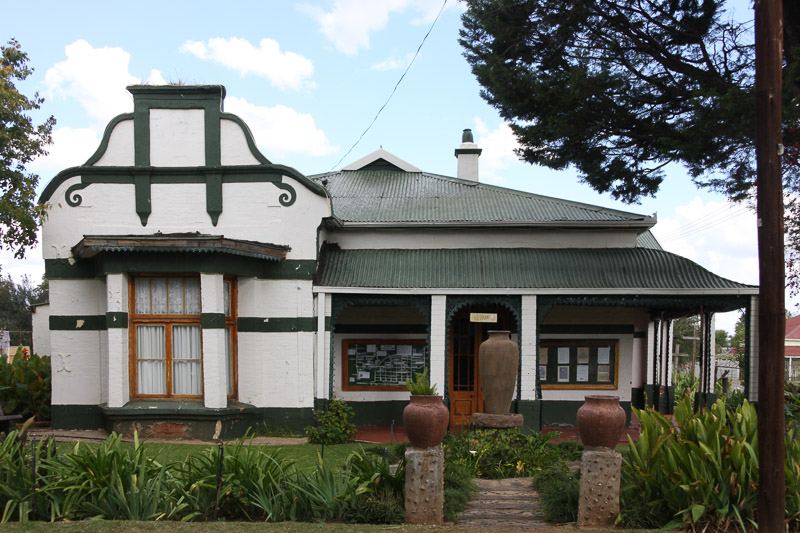