One of the standout features of the garden is the Witpoortjie Falls. The reserve is also well-known as a breeding spot for a pair of Verreaux's Eagles. The Eagle's Fare Restaurant is a great place to enjoy a meal or get some refreshments.

There are numerous paths leading through the extensive garden. The garen is divided up into various sections including the Water Garden, Succulent Rockery, Cycad Garden, Geological Garden, Forest Walk and Mountain View Walk.

A popular activity, especially on the weekend, is to have a picnic on one of the many lawns. There is also a concert stage and events are held here from time to time.

Other facilities at the Walter Sisulu National Botanical Garden include a retail nursery, gift shop and education centre.

The garden is located at the end of Malcolm Road in Poortview, Roodepoort.

Above - Entrance to the garden 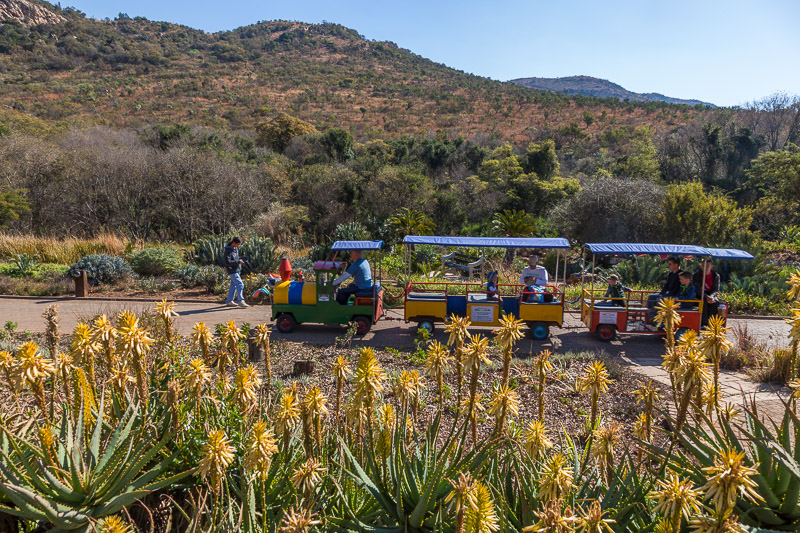 Above - Kids can catch a ride through the gardens

Above - A beautiful display of aloes

Above - Restaurant in the gardens