The Union Buildings are located on top of Meintjieskop in Pretoria. These magnificent buildings house the office of the State President and are the official seat of the South African government. If the president is in residence then a South African flag is flown above his office on the left hand side of the building.

The designer of the complex was Sir Herbert Baker. His design incorporated a semi-circle flanked by a wing on each side. They were constructed out of sandstone between 1909 and 1913.

There are two towers which represented the two major languages which were English and Afrikaans at the time.

Did you know that no building in Pretoria may block the line of sight between the Union Buildings and the Voortrekker Monument. 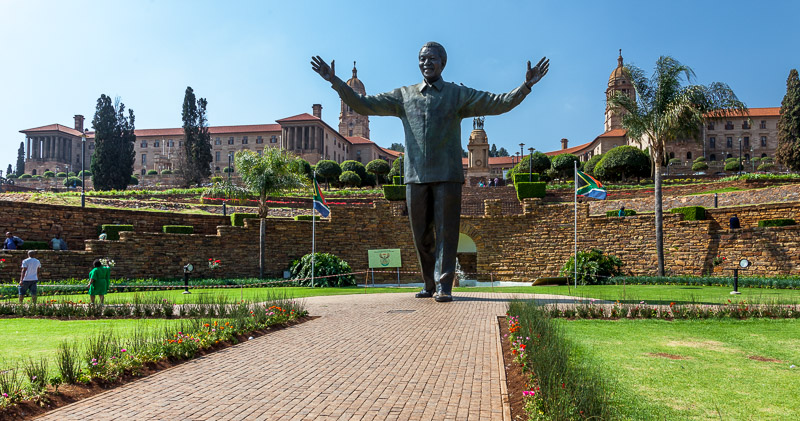 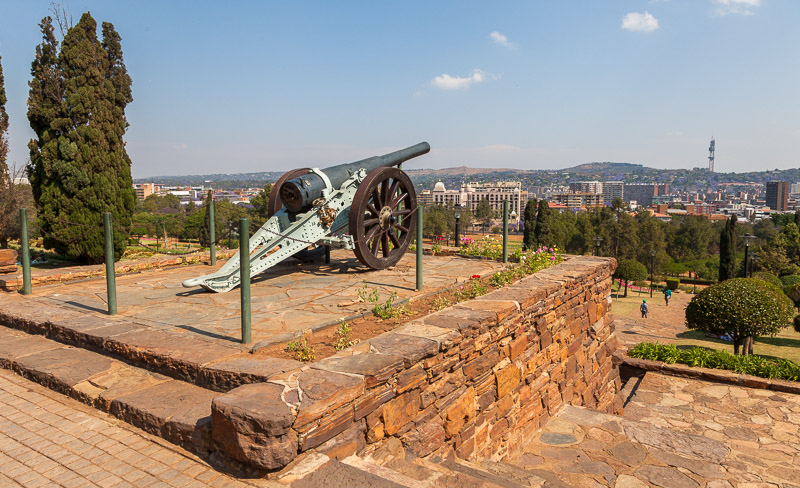 Above - A cannon overlooking Pretoria