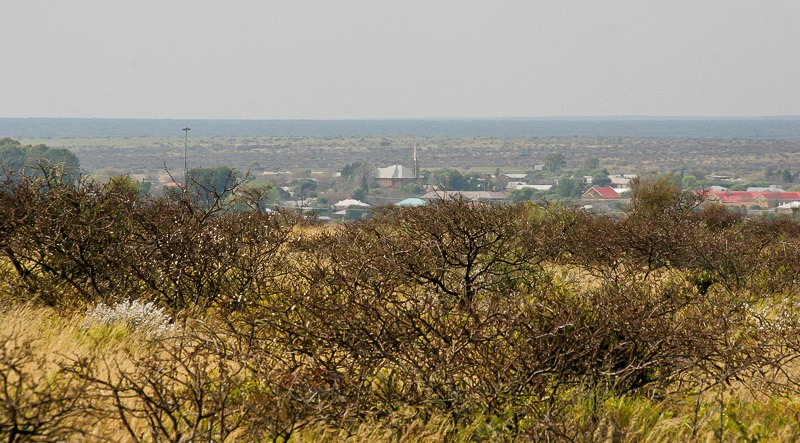 Griquatown, also known as Griekwastad, was originally the site of a mission station established by the London Missionary Society in 1805.

Robert Moffat stayed in the area for a few months in 1820. His daughter Mary was born here and she went on to marry David Livingstone. The Moffat's house is preserved as the Mary Moffat Museum.

Just outside of Griquatown are the graves of Griqua chiefs Andries Waterboer and his son Nicolaas. Two cannons, named Hans and Griet, guard the graves. The cannons were a gift from Queen Victoria and were used in battles in the area.

A tree that was used for hanging cattle thieves, and other criminals, still stands.

There are San engravings at Pannetjie which is 5 km away.