Ficksburg - home of the Cherry Festival 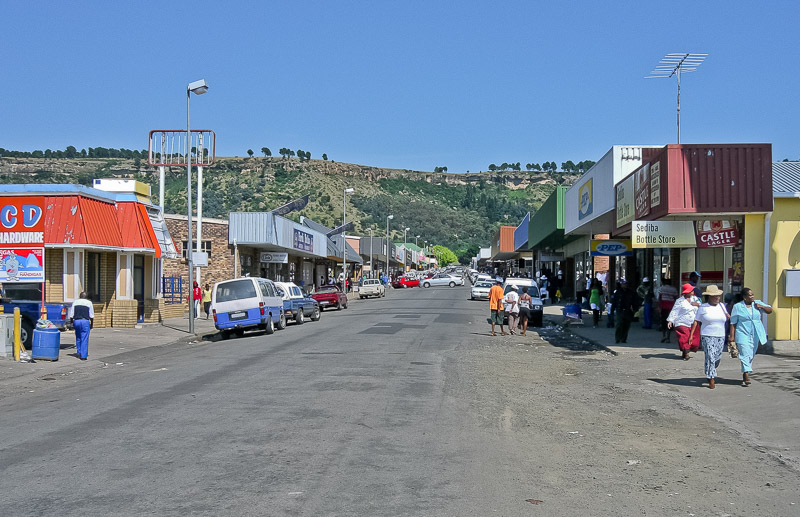 Did you know that the Ficksburg Cherry Festival is the oldest crop-related festival in South Africa? It usually takes place during the third week in November but one should always check the dates first given the trying times that we live in. The Cherry Festival holds a special place in the hearts of the towns residents because the festival is what put the town on the map, thanks to some great marketing and now brings in a whole host of visitors to the town. As you can imagine, cherries are one of Ficksburg's primary exports. In the month's leading up to the festival, even local artists and students get in on the action by using cherries as the inspiration for their creations and display them in Die Kersiehuis which is both a gallery and guesthouse.

Ficksburg is a small town located on the banks of the Caledon River as well as the border between the Free State and Lesotho. Built in 1867, Ficksburg is now home to over 8 300 residents. It is also known as the cherry capital of the world as most of South Africa's cherries are produced here. Ficksburg is also home the first sandstone buildings which can still be seen in the town today.

At the end of the Basotho War, the Free State Government devised a plan to build three towns to protect the new land they had taken from the Sotho. These towns were to be known as Conquered Territory. Ficksburg was one of these towns and was named after Commandant-General Johan Izak Fick. The Free State Government feared that the Sothos would attack the settlers in an attempt to reclaim their land so they gave the early settlers in the town only six months to build their homes and instructed them to build high walls around their land using sod and stones. The settlers were also made to carry a rifle, 200 bullets, gunpowder and emergency food rations at all times. The remains of these walls can still be seen today.

Visitors to Ficksburg will notice the Mpharane Mountain to the west of the town. Although the slopes now house a forest station and a Nature Reserve, initially there was a Wesleyan Mission Station. Local lore says that the missionaries who stayed there at the time planted cuttings from the willow trees that shaded Napoleon's grave on St Helena Island. Nowadays, it is said that the descendants of these trees can be seen growing throughout the town.

In front of the Town Hall, visitors can find a memorial dedicated to Commandant-General Fick. At the base of the monument are the graves of the Commandant-General and his wife. Another interesting place to visit is the Dutch Reformed Church. One of the most iconic features of this church is its distinctive clock. Inside the church, there are two cells. One of which used to imprison C. R. Swart, the first State President of the Republic of South Africa. He was found guilty of treason during a rebellion in 1914. This jail has now been declared a national monument. 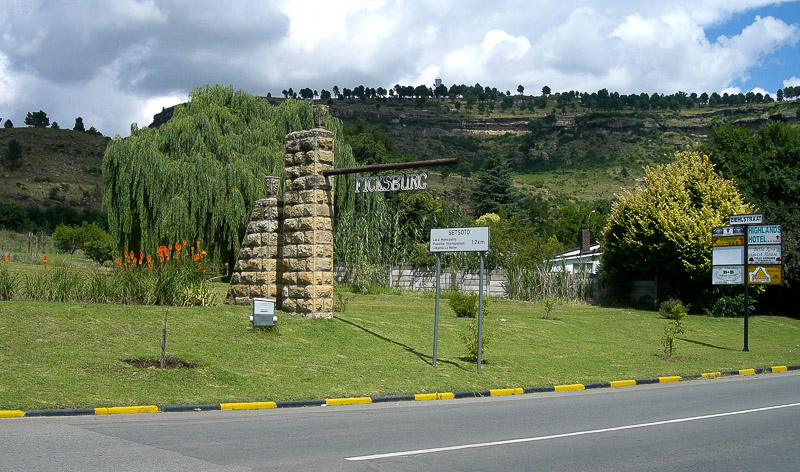 Above - Arriving in Ficksburg from Clocolan

Visitors to the local museum will find many exhibits dedicated to the cherry industry as well as the life of Commandant-General Fick. Another museum, located 15km from Ficksburg on farm Tunnon displays a collection of fully restored carriages and wagons that were used in the area during the beginning of the century.

For anyone who has a particular interest in guns or military insignia, then a trip to the Pinedene Small Arms Museum on the farm Kromdraai is a must. This privately funded museum, built in 1992, is a small one and can only be visited by appointment. The museum houses over 500 firearms which come from various origins such as World War I & II, the Basotho War and the Anglo-Boer War alongside some other guns used for sporting purposes. 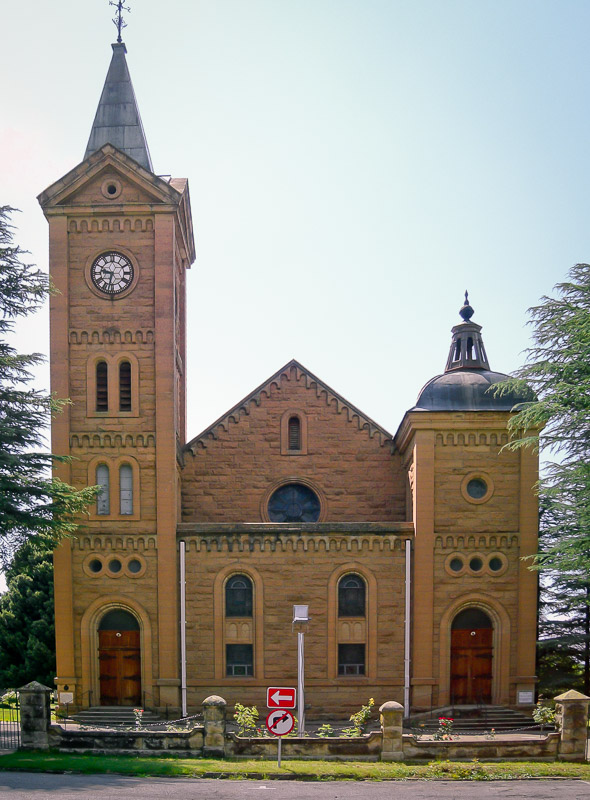