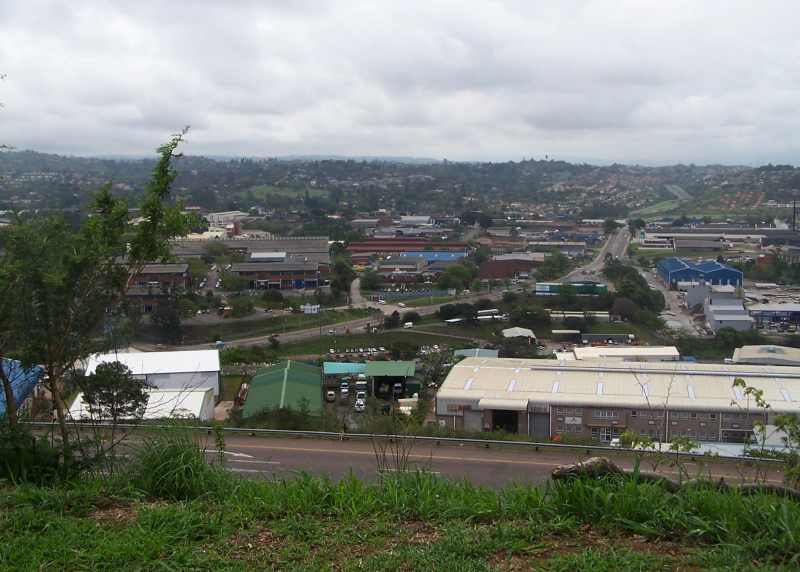 The industrial area of New Germany

New Germany is a town on the edge of Pinetown. The town dates back to 1848 when German immigrants settled in the area. The Germans initially called their village Neu-Deutschland which translates to New Germany.

At first settlers in the New Germany area tried to grow cotton but this proved to be unsuccessful. They then switched to growing vegetables and flowers.

Although New Germany is only 20 km or so from the coast it does not have such a high humidity as is encountered in Durban.

One of the attractions in New Germany is the New Germany Nature Reserve which sits on a hill overlooking the town.