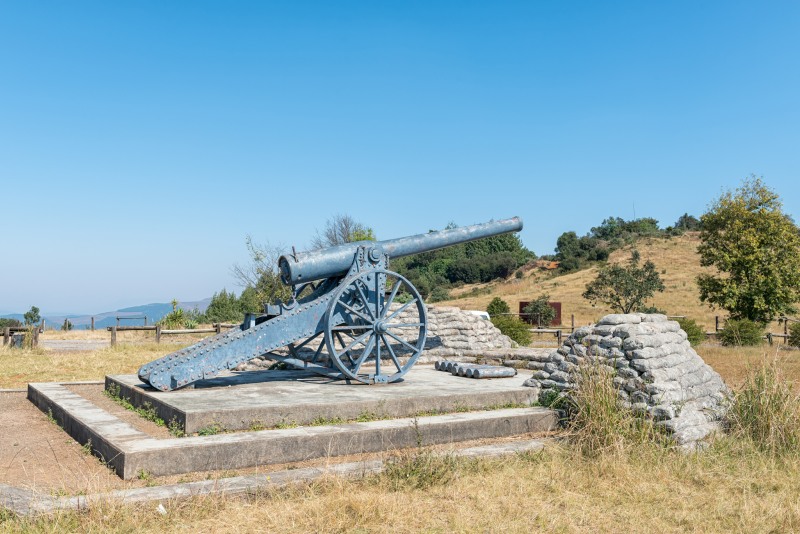 The Long Tom Pass gets its name from the 'Long Tom' cannon which is officially known as the 155 mm Creusot Long Tom. The Boers purchased four of these French made cannons and used them against the English in the Anglo-Boer war.

The cannons were used in many locations around the country, but their last shots were fired in the vicinity of the Long Tom pass. A replica of a Long Tom cannon can be seen at a point on the pass known as the Devil's Knuckles. This spot is 21 km from Sabie.

The pass runs between Lydenburg and Sabie in Mpumalanga. The highest point of the Long Tom Pass is at an altitude of 2,150 metres.

The drive through the pass is an easy and scenic one. Drivers should take note that this road can be busy and is often covered in mist. The pass was originally used by wagons transporting goods from the coast in Mozambique to the town of Lydenburg. In those days sections of the pass were treacherous and not all wagons made it to their destination. Other hazards along the way included animals such as lions.

There are numerous activities one can do in the vicinity of the pass with trout fishing being one of them.