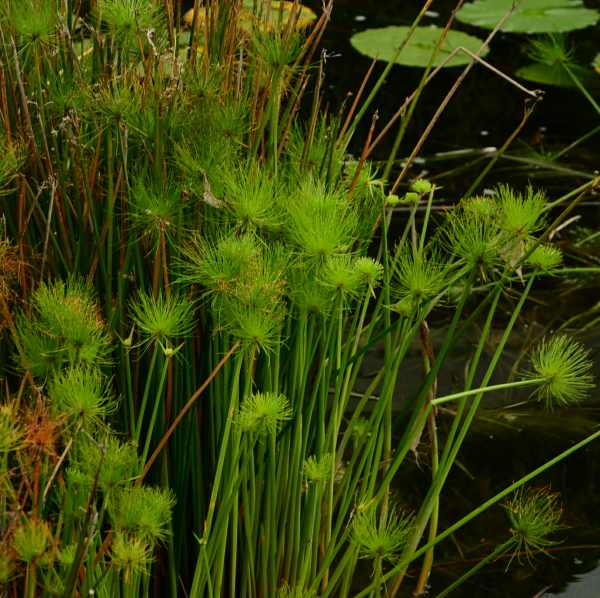 The Dwarf Papyrus is found along the east coast of Africa from Mkambati Nature Reserve, in the Eastern Cape, to Somalia. It can be found in freshwater marshes and swamps as well as along muddy riverbanks. It seldom occurs above an altitude of 450 metres.

The Dwarf Papyrus grows in colonies and can reach a height of 1 metre. The plant has a diameter of around 15 cm. The leaves can hardly be seen at the base of the stalks. The inflorescence is made up of thin stalks with bunches of grass-like spikelets. The result gives the impression of a brown dandelion. The inflorescences are found all year round on the plant.

In South Africa it is a popular plant for garden ponds, even being used in climates that it would not normally occur in. The Dwarf Papyrus is an ideal plant for use in an indigenous garden with a pond or naturally marshy area. In the USA it has become established in the wild as it spreads very quickly.