Devon is a village situated on the eastern border of the Gauteng province. It is named after the English county which is where the surveyor who laid out the town originally came from.

The grasslands near Devon are home to some threatened species of birds and have been declared an Important Bird and Biodiversity Area. Large flocks of Blue Cranes arrive in the area in winter. Other species of interest are Blue Korhaan, Secretarybird, Black Harrier and Blackwinged Pratincole. 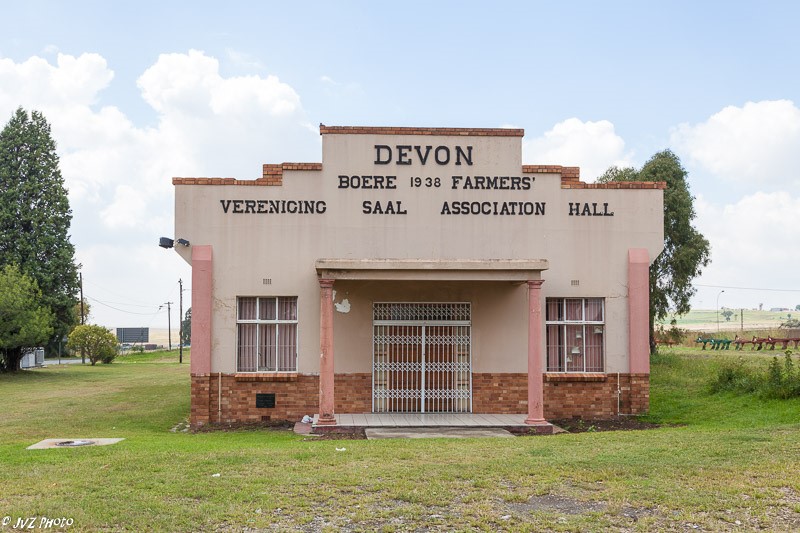 Old tractors outside a workshop

A collection of shops in Devon