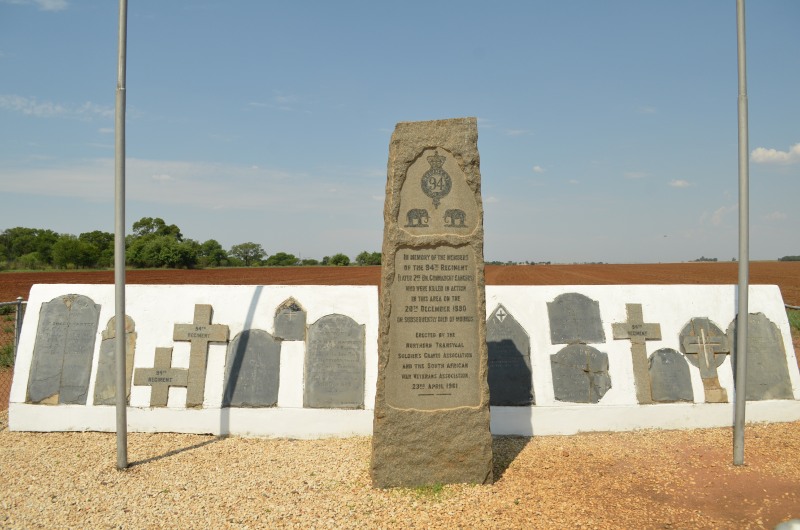 The Battle of Bronkhorstspruit took place on the 20th December 1880 between the British and Boers from the South African Republic. It formed part of the First Boer War.

The Boers, led by Commandant-General Francois Joubert, intercepted the British troops, led by Lt. Col. Philip Anstruther, who were marching to Pretoria.

After asking the British to turn round the Boers opened fire, inflicting heavy casualties on the British. The battle was over in 15 minutes. Around 77 British died in the battle and a further 80 were injured, some of whom died of their wounds in the following days. The remaining 110 British soldiers were captured. The Boers had only one killed and one injured.

To get to the memorials take R25 heading south from Bronkhorstspruit and you will see the memorials on either side of the road. The area is well maintained and it is easy to access them. 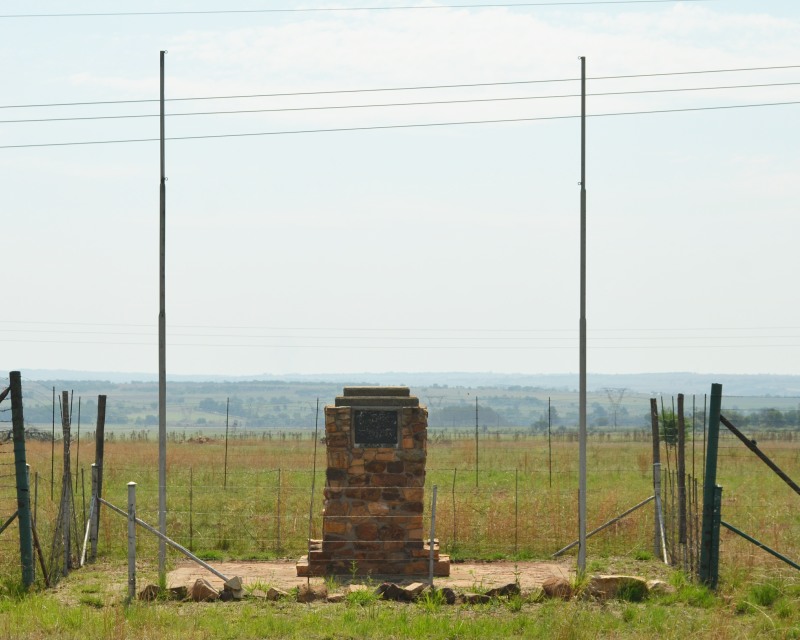 Monument to the Boers 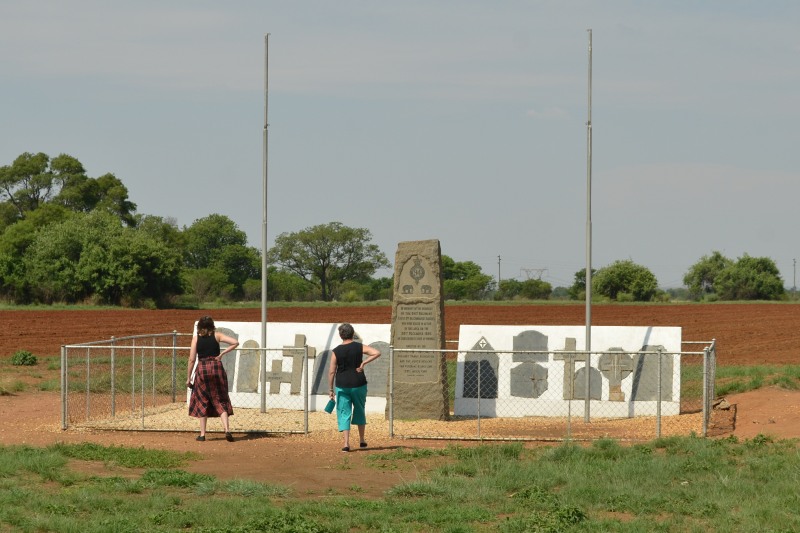 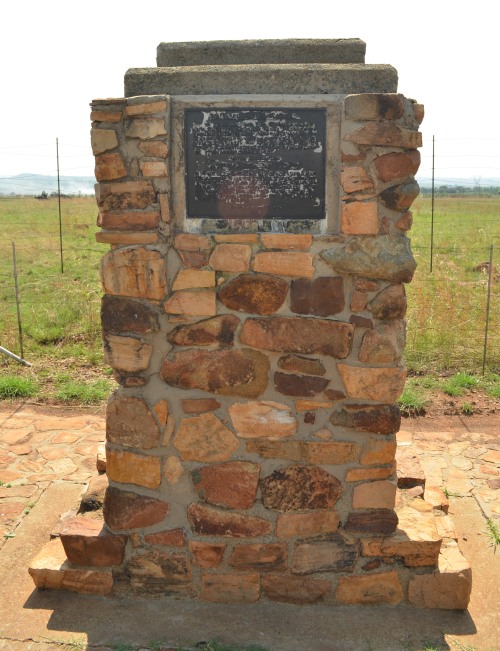