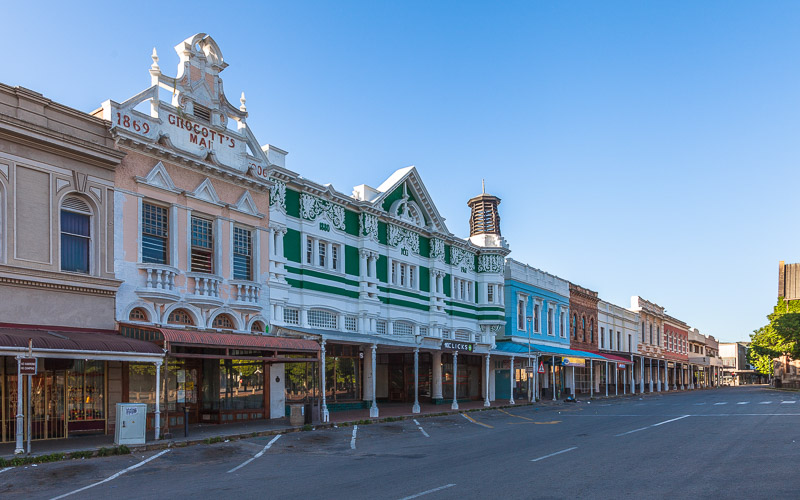 Situated in the Eastern Cape, Grahamstown is home to approximately 700,000 people. Grahamstown is famously known for its schools, most notably Rhodes University which makes up most of the town. Although most of the students do not stay in the surrounding areas, the town is always bustling with activity, especially during July when the city holds its annual National Arts Festival. It is a cultural hotspot due to its vast number of art galleries, museums and churches.

Although Grahamstown started out as military headquarters, the town had very humble beginnings. Under orders from Sir John Cradock, Colonel John Graham selected a dilapidated farmhouse to establish a military base in their efforts to construct a line of forts along the Great Fish River Valley to prevent invasions from neighbouring Xhosa tribes. Graham’s garrison set up their base here and it became known as Graham’s Town, even though it was made up of tents and very primitive houses.

Graham’s garrison of 350 men were attacked on the 22 April 1819 by approximately 9,000 Xhosa warriors, led by prophetess Makana. Despite being outnumbered, the garrison managed to retain control of the town. In the following years, the settlers began to flock to Grahamstown and the town flourished. With the increase in the population and manpower, the town became a prominent military stronghold as well as a successful trading place for both the Xhosa and British.

Grahamstown has earned the nickname of the ‘City of Saints’ and it is easy to see why. There are over 40 places of worship scattered throughout this picturesque town. A must-see for all visitors is the Cathedral of St Michael and St George. This cathedral is located on the town square and its 51-metre-high sandstone tower can be seen from almost anywhere in the town. This striking landmark was the first church to be built in Grahamstown and dates back to 1828. It was only the second Anglican Church to be built in South Africa at the time. Inside the church, multiple memorials and tablets can be found which depict events from the town’s frontier history.

The 1820 Settlers National Monument, on Gunfire Hill, is another magnificent landmark that looms over the town. This memorial was designed to be a ‘living monument’ by Richard Wade and Kevin Atkinson and is dedicated to the settlers and their families who lived in the area. The original monument featured two conference halls, a theatre, a restaurant and many more public facilities but a fire gutted the building in 1994 and resulted in damages worth R8 million. The building has been restored and upgraded with very little evidence of the devastating fire. To date, this monument plays an important role in celebrating the history and culture of not only, Grahamstown but South Africa as a whole. Visitors to the monument can see art works created by some of South Africa’s most acclaimed artists hanging on the walls.

The National Arts Festival forms part of the 1820 Settlers National Monument and provides the living aspect to the memorial. The first festival was held in 1974 when the monument opened and has been held at the monument ever since then. Carnivals and festivals have been a custom in Grahamstown for over 180 years and were introduced by the British settlers, who used these celebrations to mark anniversaries on a grand scale.

Grahamstown has such a rich history, and it comes as no surprise that there are numerous museums to visit. The 1820 Settlers Museum and the Albany Museum are located opposite one another on Lucas Avenue and feature exhibits relating to the town’s early history and the daily struggles experienced by the first settlers. The Observatory Museum is a particularly interesting place to visit. It was originally home to Henry Galpin, a watchmaker and jeweller, and it is home to South Africa’s only camera obscura, an optical device which displays a panoramic image of the city onto a screen in a dark room.

On the N2 just west of the city, in Howison’s Poort, you will come across a cave which contains generations of human artefacts dating back to the Middle Stone Ages. Nearby is Thomas Baines Nature Reserve which spans 1,000 hectares and is home to many common species of antelope. 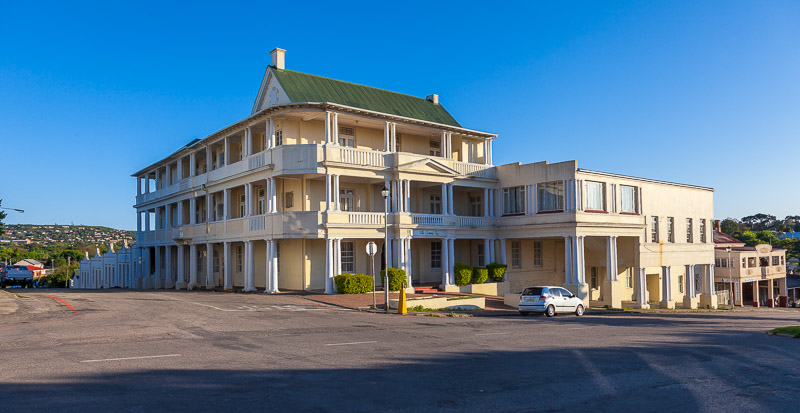 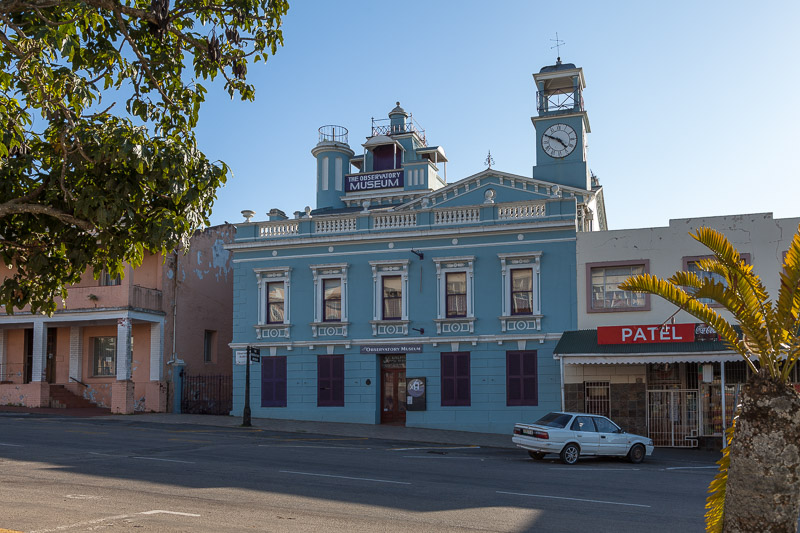 Above - The Observatory Museum 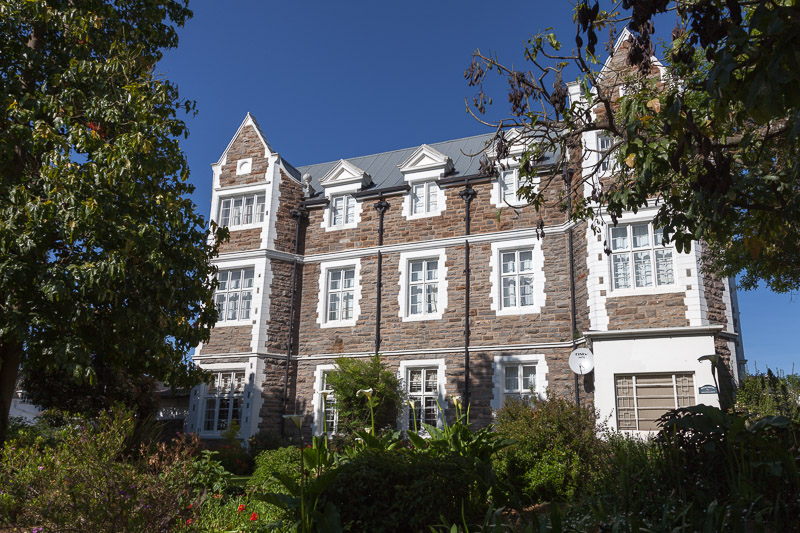 Above - Part of Rhodes University 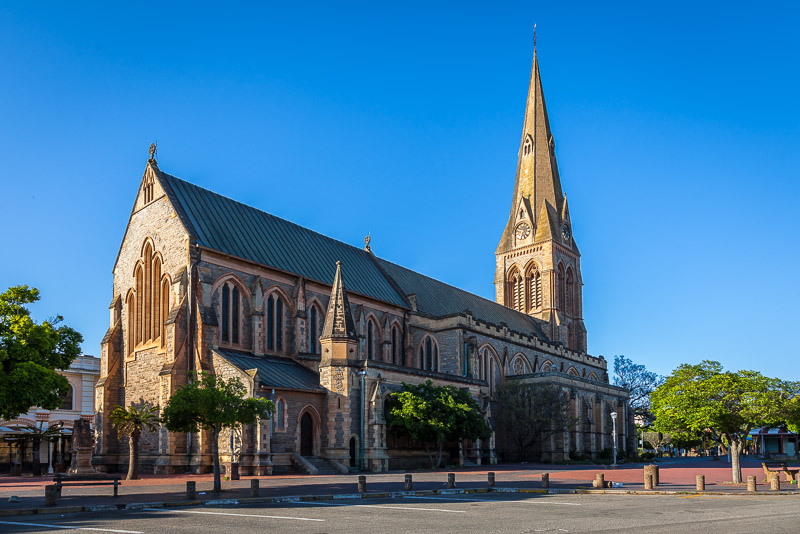 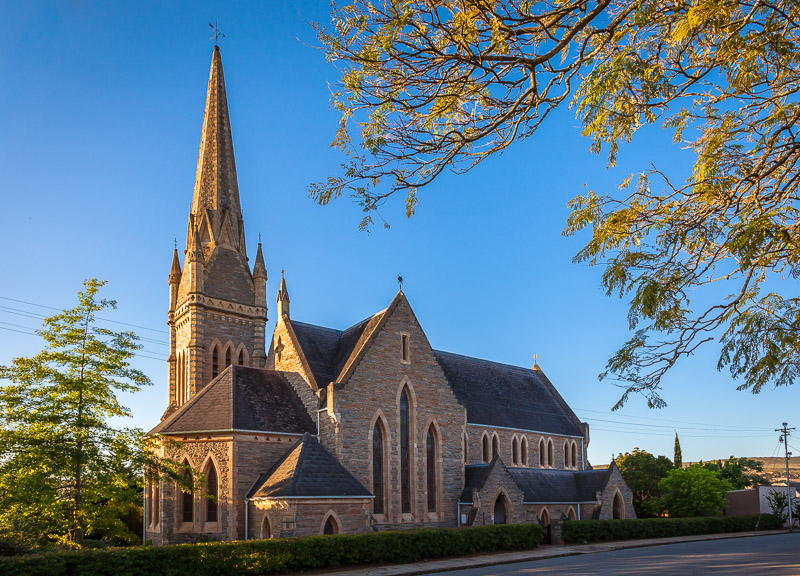 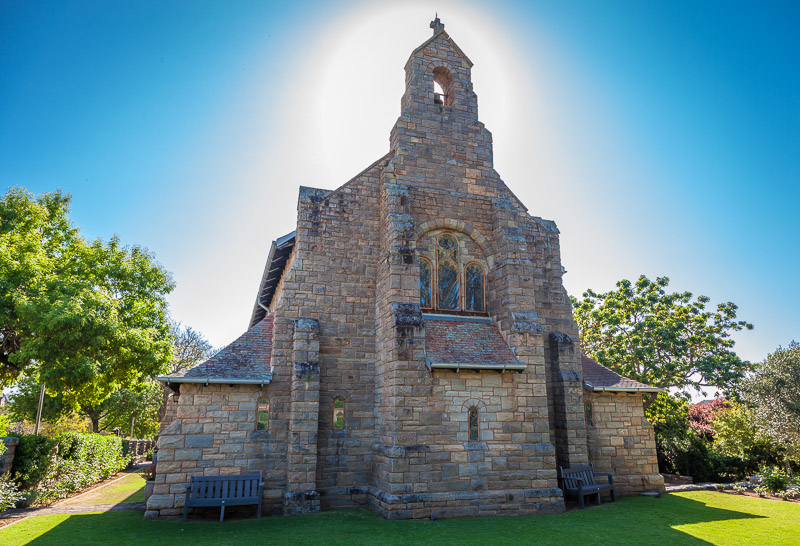 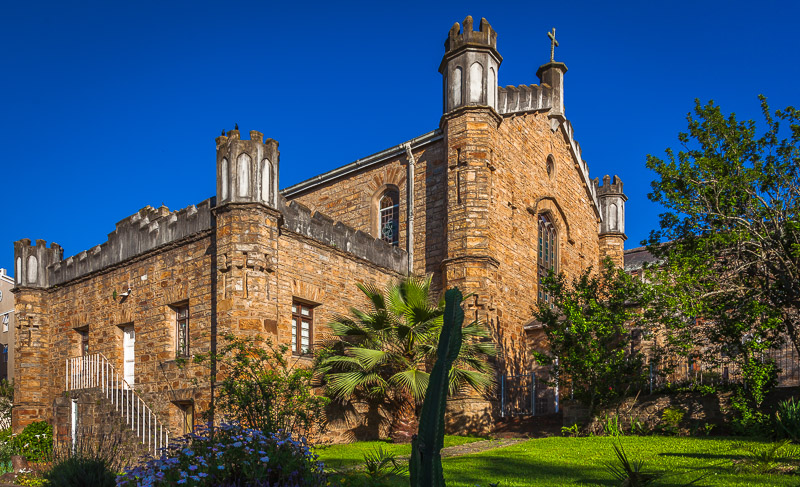