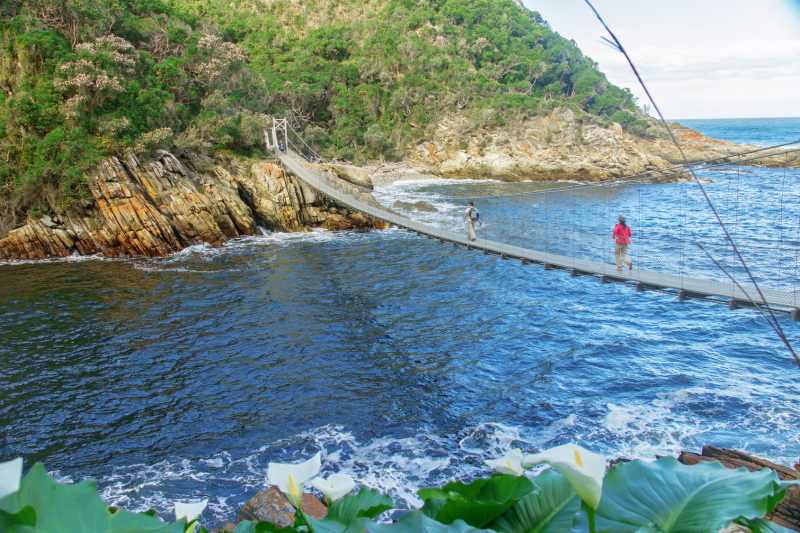 The Tsitsikamma National Park is an 80 km area of coastline and forest that straddles the border between the Eastern and Western Cape.

There are a number of trails in the park with the most well-known one being the Otter Trail. This 41 km trail is one of the best in the world. It takes 5 days to complete with huts being available at the overnight stops.

Book accommodation in the Tsitsikamma area

One of the biggest tourist attractions in the Tsitsikamma National Park is the the world's highest bungee jump which is 216 metres high.

Please note that this is only a guide and, while we have made every effort to be accurate, we can't be held responsible for any errors.